Those encharged with planning Greek foreign and defence policy do not appear to be well-versed in the art of strategic communications and public diplomacy. 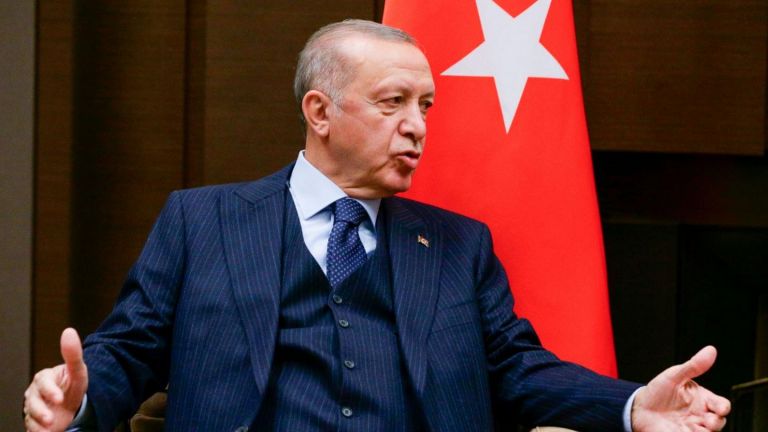 Turkish President Recep Tayyip Erdogan’s verbal attack against Athens from the podium of the UN General Assembly this week is a decisive step in the communications war that his country is waging against Greece, with himself in the leading role.

If it is not interpreted from that perspective, it cannot be confronted.

Consequently, the question of whether Turkey is waging war against Greece must, unfortunately, be answered in the affirmative.

Indeed, Turkey is conducting a hybrid war that has a distinct communications component.

That is the obvious part of this type of war, because the others, which as a rule are more dangerous, are not visible.

Let us hope that the national services that are entrusted with dealing with it are adequately equipped to confront it.

To have a measure of comparison, the other country that has distinguished itself in this type of warfare is Russia,

Moscow developed it successfully in 2014, with annexation of Ukrainian areas of Crimea, deploying troops without national characteristics so that it would be impossible to attribute responsibilities.

It continued with its hybrid attack against the US in the 2016 elections, and today it has occupied nearly one-third of Ukraine’s territory.

This precedent should serve as a lesson to those fashioning Greek foreign and defence policy.

Yet, Turkey is not Russia.

In public debate in Greece, one often encounters the mistake of magnifying Turkey’s capabilities and underestimating its weaknesses, but that does not mean that Greek planning should not take into account all possible eventualities.

In my humble opinion, it is far more likely that Turkey will continue its hybrid war rather than adopt a conventional one.

That is because hybrid warfare is cheap and the perpetrator cannot be held accountable for the consequences.

Erdogan’s attack against our country at the UN constitutes a turning point in the communications strategy that the Turkish president has steadfastly implemented.

It negates the argument that verbal attacks against Greece exclusively target his domestic audience.

The United Nations is an ideal forum from which to address non-Western audiences.

Let us not forget that the majority of member-states have not condemned Russia’s invasion of Ukraine.

In choosing to convey his message from the UN General Assembly, he aimed to sensitise Muslim audiences.

In any event, the escalation of Turkey’s rhetoric against Greece was launched the moment that Ankara realised that Greece is becoming an advanced outpost of the West, with the strengthening of the US military presence on Greek territory.

Consequently, we have entered a new phase, which must be confronted with means beyond the appropriate invocation of international law and the stress on how diligently Greece is enforcing its rules.

Greek diplomacy, and more generally those who are encharged with planning foreign and defence policy, do not appear to be well-versed in the art of strategic communications and public diplomacy.

They must urgently learn, and Erdogan, unfortunately, is offering lessons.

*Ino Afentouli is the Executive Director of the Institute of International Relations (IDIS), which is affiliated with the Department of International and European Studies at Panteion University of Social and Political Sciences.