Two recent, shocking cases of heinous murders demonstrate that it is possible to adjudicate cases swiftly, without the outrageous delays to which we have become accustomed. 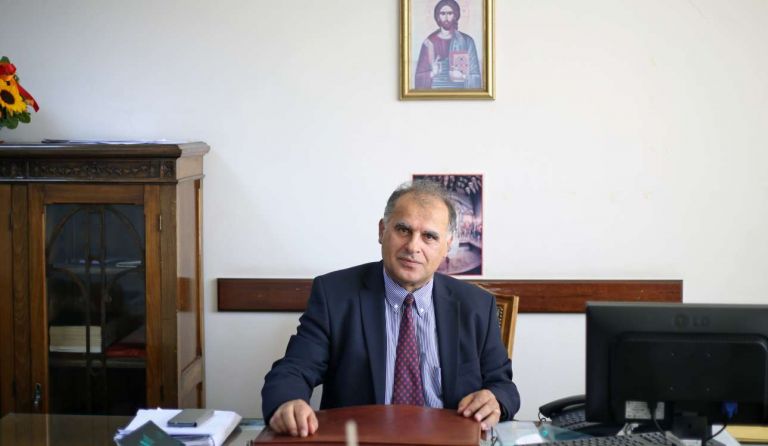 Two recent, shocking cases of heinous crimes in our country highlighted the importance of the justice system combining quick reflexes and high quality adjudication in meting out justice.

The murder cases of 20-year-old Caroline Crouch (a femicide perpetrated by her husband) and of 21-year-old university student Eleni Topaloudi (who was raped and murdered by two men on the island of Rhodes) are different.

Yet, they demonstrate that it is possible to adjudicate cases swiftly, without the frequent, outrageous delays that occur in all too many instances.

The meting out of justice - which entails a nexus of procedures that in their entirety reflect democracy’s laws and rules and the limits of penalties and actions – cannot be held hostage to interruptions, postponements, and delays.

That is not only harmful, obviously, for the families of victims. It also harms the prestige of the judiciary and the level of trust in it that citizens should have.

There has been some progress, as we saw in the Caroline Crouch case.

Certainly, the state also has a role to play and it, too, must act quickly. It must remedy staffing and technical infrastructure problems.

One must not forget that in the past huge delays in delivering rulings has put Greece on trial in the European Court.

Let it not happen again.

TANEA Team 23 Μαΐου 2022 | 22:40
Share
Δείτε επίσης
Περισσότερα άρθρα για Αγγλική έκδοση
Editorial: Audits of politicians' wealth
Mario Draghi has a prominent position in the EU architecture Editorial: Alliance
After a certain point, the necessary caution is a matter of personal responsibility Editorial: COVID-19 and personal responsibility
Extremists still constitute a threat Editorial: Threat
A consciously responsible stance is needed Editorial: Maintaining COVID-19 alertness
The late PM Constantine Karamanlis famously said, 'We belong to the West' Editorial: Contradictions
The end of EU enhanced fiscal supervision signals the exit from the tunnel Editorial: Breakthroughs
Head of Greek Pomaks’ Association rips into Erdogan’s revisionist expansionism
All Greek governments since Andreas Papandreou's demanded the return of the Marbles Osborne: ‘Deal to be done’ on sharing Parthenon Marbles
All efforts toward a radical resolution of the refugee problem have failed Editorial: The end does not justify the means
France's centrist forces are rallying behind President Emmanuel Macron Editorial: The political centre
The Germans are returning, this time not to impose their will but to cooperate Editorial: Greece as a bridge between Western Balkans, EU
The demographic crisis must be managed swiftly Editorial: Demographic crisis
There was a Jewish presence in Thessaloniki even in antiquity, and the Apostle Paul preached in its synagogue Leon Saltiel: Glimmers of hope in battling Greek antisemitism
Investment will also play a pivotal role Editorial: The dynamic of the Greek economy