The EU expresses its solidarity with Poland as regards the emergency conditions at its borders, but also does not back off from its demand for the rule of law to be respected in Belarus. 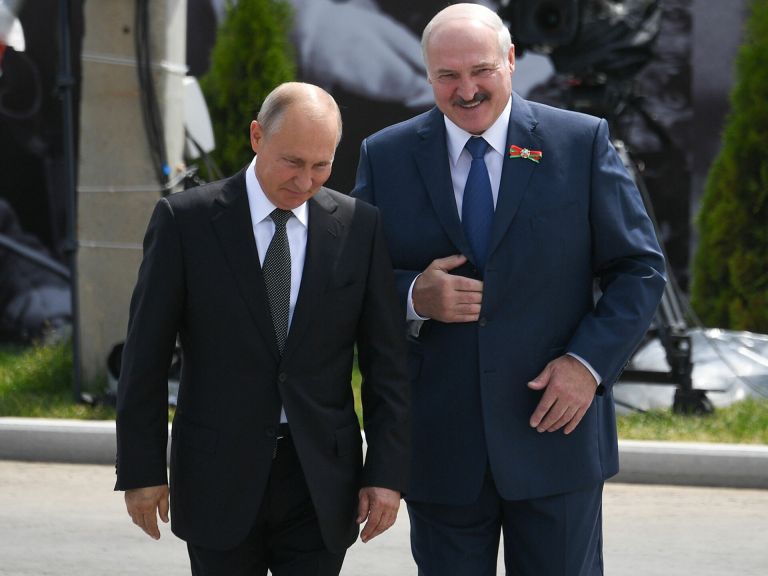 At best, we view the usefulness of the European family as a given. At worst, we consider it to be bureaucratic, boring, and often hypocritical, in contrast to its enemies, who attempt to destabilise it in every way possible.

The most recent is the dictator of Belarus, Alexander Lukashenko, who utilises refugees and migrants to this end.

He first lures them to his country and then sends them to its border with Poland.

He is not the first to do so.

He was preceded by Turkish President Recep Tayyip Erdogan, who did much the same, without success, at the Greek-Turkish border region in Evros.

Naturally, he is not alone, because behind Lukashenko stands Putin, who backs and assists him.

Putin is testing Europe’s reflexes either by stationing troops at the border with Ukraine or by inciting the activity of extremist elements in the Balkans.

Europe responds to these moves based on its capabilities and principles. It expresses its solidarity with Poland as regards the emergency conditions at its borders, but also does not back off from its demand for the rule of law to be respected in Poland.

The EU has warned Putin that there will be sanctions if he again violates the territorial integrity of another country, but it could have prevented the fire instead of having to put it out.

In the EU accession process of various Balkan countries, for example, there have been unpardonable delays. Some leaders could have placed European ideals above the interests of their industries.

In any event, it has yet again been demonstrated that what we need is more Europe and a better Europe.

We must fight for this and keep in mind that European sovereignty does not compete with national sovereignty. It complements it.

TANEA Team 20 Νοεμβρίου 2021 | 14:41
Share
Δείτε επίσης
Περισσότερα άρθρα για Αγγλική έκδοση
A coarse opposition stance is ill-advised Editorial: Seriousness
We have the weapons. We have fine scientists. We have the experience. We can. Editorial: Urgency
There were delays and tragic omissions in offering proper services to patients Positive Voice in a rough terrain: A look back at the history of HIV/AIDS in Greece
Greece has a multi-faceted policy in its foreign relations and that is how it should continue Editorial: Sobriety in foreign relations
We see irresponsible behaviours and an attitude that the virus is no longer with us Editorial: Behaviours
The virus recognises no geographical borders Editorial: Nobody is safe
Delays and foot-dragging have long led even to the denial of justice Editorial: Expediting justice
Erdogan’s insistence on keeping interest rates low led him to fire three central bankers Editorial: Turkey’s lonesomeness
Turkey traditionally exports its domestic crises Editorial: Turkey's domestic, foreign crises
Nobody has the right to deny their share of responsibility in the common effort Editorial: Joining forces to confront the pandemic
Of intubated patients, 83 percent are unvaccinated or partially vaccinated EODY: 105 COVID-19 deaths, 7,287 infections confirmed in the last 24 hours, 608 intubated
We must continue to insist that the state is obliged to be citizen-friendly Editorial: 'Guinness World Record'
The pandemic is an issue of life and death, and the protection of public health is a common aim Editorial: Consensus on managing the pandemic, even at the last minute
The measures announced are tantamount to an at least partial lockdown on the unvaccinated Mitsotakis announces partial lockdown on unvaccinated citizizens, tougher enforcement
Greece accuses Sanchez of ignoring EU decisions after agreement to sell aircraft carrier to Turkey