Afghanistan – What Mitsotakis will say to Erdogan about refugees

A few hours after Erdogan’s statements that Turkey will not become a refugee depot, the telephone communication between the Greek PM and Erdogan will take place, while Athens has already said that it will not accept the instrumentalization of the refugee from Ankara 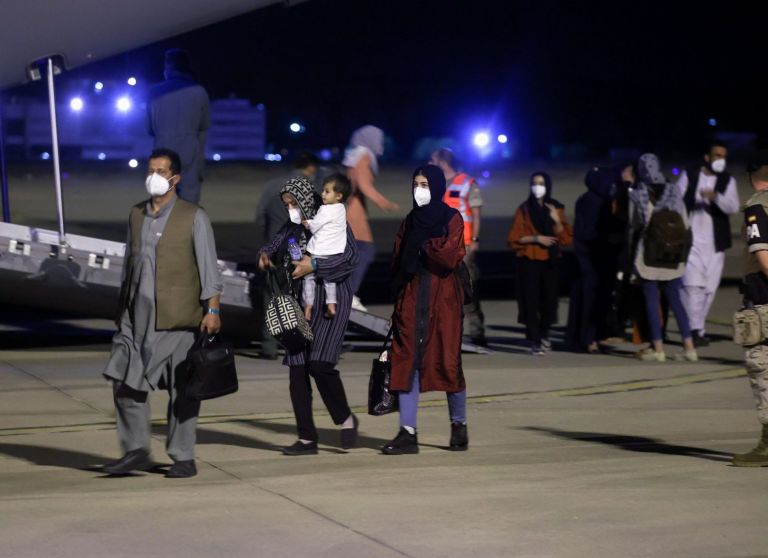 The telephone communication between the Prime Minister and the Turkish President at 7.30 pm tonight is made on a Greek initiative as the Prime Minister wants to make it clear that Athens would not like to see a crowd of refugees at the Evros fence and incited mass movements on its land and sea borders, and on the other hand that the mass flows of refugees are not in the interest of either country.

Mitsotakis to Erdogan: We are in the same boat

“Athens believes that contact with Turkey is necessary, as the wider region and especially the two countries may be affected by new refugee flows that will arise from the developments in Afghanistan and, therefore, are facing the same problem,” say government officials. who avoid saying more.

It is no coincidence, after all, that the phone call is made while Mr. Panagiotopoulos and Mr. Chrysochoidis are inspecting the fence in Evros, and after the meeting of the Government Conference for National Defense (KYSEA) for which there was no information or announcements regarding the discussions, concerns, decisions, and actions. As officials who know the thoughts of the Prime Minister emphasize, it is certain that Mr. Mitsotakis will make it clear to the Turkish President that if there is no cooperation in this field then “in any case, Greece will continue to show the same efficiency in guarding both land as well as the maritime borders, as it does to this day “.

In essence, Athens wants to explore the ground for creating an ad-hoc co-operation on refugees, if possible, so that Turkey and Greece are not left alone in the face of the apathy and sluggishness of Europeans and the US, “who want to keep the hot potato away and get the two countries to bear the brunt on their own. ”

EU and US to assume their responsibilities

It is no coincidence that Nikos Dendias raised the issue of refugees in the Extraordinary Council of Foreign Ministers for Afghanistan of the EU, where he met, asking for decisions with the participation of the USA.

The Minister of Foreign Affairs gave special weight to the risk of increasing migration flows. He stressed the need to protect the EU ‘s external borders and to avoid a new humanitarian crisis. He emphasized the need to maintain a unified and coordinated approach to the issue of migration and said that it should be made clear to third countries, such as Turkey, that instrumentalization of this issue should not be allowed, noting that there should be close coordination with other countries involved. , starting in the United States.

However, the Greek Ministry of Foreign Affairs in a letter has described Turkey as a safe country for Afghan refugees and therefore as the first host country should keep them there and not pressure them or allow them to move. According to the Ministry of Immigration and Asylum, those coming from Afghanistan are not at risk in the neighboring country due to their race, religion, citizenship, political beliefs or participation in a particular social group and can apply for asylum in Turkey.

TANEA Team 20 Αυγούστου 2021 | 12:03
Share
Περισσότερα άρθρα για Αγγλική έκδοση
Editorial: Turning a page
'This is no longer about climate change. This is about addressing a climate crisis.' Mitsotakis focuses on pandemic, climate crisis, and Greek-Turkish relations in UN speech
The head of SYRIZA’s Citizen’s Protection policy section simply followed his party’s mannerism Editorial: Mannerism
The cottage industry of lawsuits against educators constitutes a disruption of social peace Editorial: Decisiveness
For the Ecumenical Patriarchate, which has spiritual authority over the Church in America, Elpidophoros, 54, is the best and the brightest that it has to offer. Tempest in a teapot: The attacks on Archbishop Elpidophoros and foreign policy stunts
US President Joe Biden has chosen a particular mixture of policies Editorial: Doctrines
Approximately 160,000 people in Greece today are afflicted with Alzheimer’s disease Editorial: Reminder
Unrepentant, Tsipras unleashed charges against the government and announced handouts Editorial: A return to the past
The country is in great need of stability., not electoral surprises Editorial: Normalcy
The EU’s adjustment of financial rules has facilitated the situation Editorial: Lessons
Editorial: The conundrum of early elections
It is common knowledge that all political parties seek the vote of Greece’s youth Editorial: Greece’s youth
In a democracy, elections cannot serve as a weapon for prime ministers Editorial: The need for electoral stability
Mitsotakis rules out any prospect of political consensus with SYRIZA
Merkel’s statement should lead us collectively to a rethinking of what happened and not reflexive indignation Editorial: The price of imprudent politics