Heat waves, wildfires, natural disasters and everything expected to occur in autumn and winter, such as flooding, are the unpleasant result of major shifts that have occurred over the last 20 years. 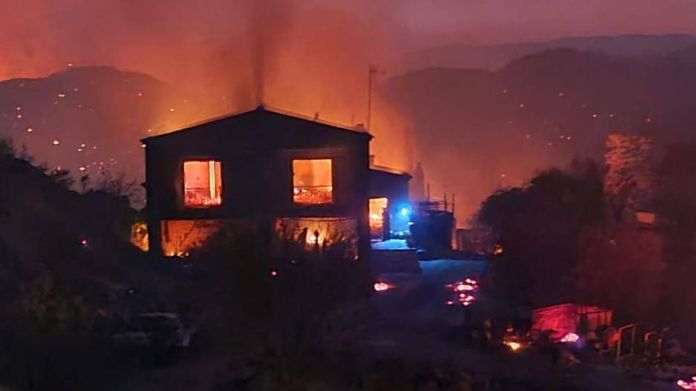 Climate change, and its repercussions, is an urgent issue of grave concern.

This is not a neutral concept or cause for analysis without a way out. It is the current global and local condition that affects our lives.

Heat waves, wildfires, natural disasters and everything expected to occur in autumn and winter, such as flooding, are the unpleasant result of major shifts that have occurred over the last two decades – high temperatures, the melting of ice, the rise of the sea level – for which humans are responsible.

We experienced this in our country with scattered wildfires, as in Methana, with insufferably high temperatures in urban centres, but also globally with the images of huge fires in Canada and Cyprus, and we are still at the beginning of summer.

The Civil Protection Bureau should be viewed not just as yet another link in the management of the state, but as a basic starting point for shaping Greece’s defence with the added parameter that those in power will take climate change into account as a factor in all of our daily lives.

Governments will be judged on the basis of their flexibility, a contemporary plan, and bringing to bear a new line for citizens, guided by the fact that the repercussions of the new climate are not just the stuff of a school essay, but rather a normalcy that one has a duty to stem and which can transform daily life within a matter of minutes.

TANEA Team 5 Ιουλίου 2021 | 16:23
Share
Δείτε επίσης
Περισσότερα άρθρα για Αγγλική έκδοση
Greek side is obliged to be, as it is, in a constant state of readiness Editorial: Composure
In the long term, liberal democracy is “condemned” to win Editorial: A serious mistake
The PM stressed that the tapping was legal Mitsotakis denies prior knowledge of phone tapping of Androulakis, pledges reform, tight oversight of EYP
Resignations are not enough, nor would a cabinet reshuffle or snap election suffice Editorial: Transparency now!
Citizens seek persuasive solutions to the problems of daily life Editorial: Restoring trust in political parties
Last year in Greece there were 17 femicides Editorial: An urgent wake-up call
Stavros Psycharis never allowed himself to become subjugated. He never censored. Editorial: The death of a journalist
Psycharis He began his long career at the Lambrakis Press in 1972 Renowned journalist, publisher, entrepreneur Stavros Psycharis has died age 77
It is inconceivable for the average citizen to be defenceless amidst major economic trials Editorial: A model programme
Greece now has experience and an enhanced plan of deterrence Editorial Ta Nea: Maintaining composure
'I truly feel that the future of humanity is dark' God at Ground Zero: How a Mount Athos monk fit 9/11 into Byzantine iconography
Hatzidimitriou shattered the stereotype that women are not good at maths Editorial: Worthy role Models
A great reform was necessary but seemed unfeasible0 Editorial: Modernisation of the state
Editorial: The need for an in-depth investigation
Justice delayed is justice denied Editorial: Swift justice