We must not underestimate the shifting balances during the bailout memorandum era due to the suspension of a huge chunk of labour law, accompanied by skyrocketing unemployment in all sectors. 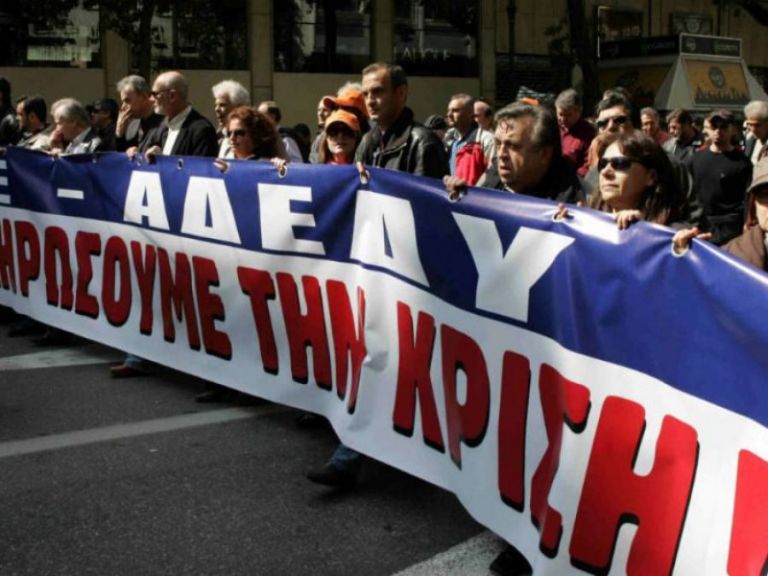 Though the government is attempting to portray the bill governing labour relations that the labour and social affairs ministry is about to table in parliament as a patchwork of corrective interventions, it is clear that its political ambition is to remake the institutional framework of labour in Greece.

The government has repeatedly said that the existing framework is outdated or that it articulates “slogans of the past century”.

Two crucial laws governing labour relations were indeed passed into law in the 20th century. The first was passed by the new socialist government in 1982 and replaced a law of the previous New Democracy administration.

It was one of a string of reforms undertaken by Papandreou and it met mature labour demands, regarding the democratisation of the trade unionist movement, both from the post-junta (1967-1974) era and the earlier post-Civil War period that was marked by political persecution, the requirement that one sign a “certificate of (non-communist) social convictions” in order to find work, and various limitations on unionist activity.

Papandreou’s reforms converged with those carried out in European countries in the 1960’s and ‘70s.

The second law was passed by the multi-party coalition government in the late ‘80s that fashioned a framework of collective bargaining that included most sectors of the economy. Although employers’ associations often rejected it, most times mediators and arbitrators operated within this particular framework and they specified the wage increases in the National Collective Bargaining Agreement and regulated work schedule issues, always within the point of “balance” of the economy. In some cases they repeated obvious issues in sectors that ignored even mandatory days off.

For decades there has been debate over these institutional arrangements. A basic argument of the liberal (or neo-liberal) viewpoint is that the international post-war institutional framework and the social state is an obstacle to economic development as it limits the market’s freedom of action and creates skewed inflexibilities.

Another line of argumentation viewed the role of unions as an impediment to growth due to their major, accrued power. That was especially marked in the European milieu and in Greece it was reiterated mainly as regards public sector unions.

Parallel to these “bellicose” positions the view was expressed that economic realities had changed as industrial production is becoming more flexible and services needed more flexibility as well, especially as regards working hours.

At the same time, there was a development of the argument that if one were to reduce protection against layoffs that would increase employers’ willingness to hire and so more jobs would be created on average.

In one way or another labour relations began the march to flexibility decades ago. Although one sees relative work stability in the narrow public sector a large percentage of civil servants work on short-term contracts with various degrees of precariousness.

Moreover, a large percentage of jobs created over the last years were in workplaces which are lacking in terms of union participation such as the services sector.

We must not underestimate the shifting balances during the bailout memorandum era due to the suspension of a huge chunk of labour law, accompanied by skyrocketing unemployment in all sectors of the economy. That significantly worsened the position of those who retained their jobs.

Why is the government making its move now?
The government insists that its draft legislation will actually benefit labour by offering crucial flexibility that will allow them to better organise their lives.

In fact, its proposals abolish or retract the eight-hour workday.

Its motive is related to its view of the labour process - that the demand for production and labour is not distributed evenly but rather is subject to vicissitudes. The government believes that a flexible arrangement covers these vicissitudes without the need for hefty overtime payments, which would increase costs.

The government has signaled that it is poised to take steps to limit the activity of trade unions. The creation of a database or registry of all union members suggests it believes that unions do not truly represent their members. The idea of electronic voting will create problems with the planning of labour action and abolish the possibility of general assemblies or elected union organs taking decisions. It is based on the specious stereotype that union leaderships hijack the right to declare a strike and effectively blackmail the membership.

It is clear that the government is not targeting the largest chunk of the private sector – where the challenge is to secure participation in a strike despite precariousness – but rather the public sector unions and utilities, where strikes are more frequent and produce more immediate results.
It is indicative that these unions are accused of being responsible for shutdowns “at the expense of society”. Hence, the government proposes to greatly increase the “backup skeleton staff” so as to limit a priori the impact of any strike.

The debate omits the fact that the purpose of a strike as a means of pressure is precisely to bring a shutdown of economic activity. Otherwise, we would be talking about merely symbolic labour action or simply a facilitation of large demonstrations.

The dilemma of labour’s response

All of this is happening with the backdrop of a festering crisis in Greek trade unionism.

Diachronic problems - including partisan control, excessive bureaucratisation, the alienation of confederations from the realities of labour relations, and the spectre of exchanges - are particularly aggravated in an era of high unemployment, the absence of collective bargaining agreements in many sectors of the economy, and the all too frequent distrust in the prospect of effective collective action.

Nevertheless, it is clear that the existence of a strong, democratically structured trade unionist movement is still the necessary condition not only for the defence of the immediate interests of workers and is an integral part of the nexus of democratic institutions.
One of the crucial wagers in the coming period is whether the confrontation with the planned changes in labour relations - and with the arguments about what model of production and ultimately what type of social model we want – can provide fertile ground for the rebirth of the trade unionist movement in Greece.

TANEA Team 5 Μαΐου 2021 | 13:35
Share
Δείτε επίσης
Περισσότερα άρθρα για Αγγλική έκδοση
The European Commission requested information on the use of Predator spyware in Greece ADAE: An electronic archive will record all surveillance, as major rule of law issues arise
Foreign media have even compared the government with Greece’s seven-year military junta Editorial: A necessary cleanup
Citizens have demonstrated they need of state support Editorial: The need for a steady social benefits policy
In the first phase of the pandemic the correct decisions were taken Editorial: Vigilance needed in dealing with Covid-19
Greek side is obliged to be, as it is, in a constant state of readiness Editorial: Composure
In the long term, liberal democracy is “condemned” to win Editorial: A serious mistake
The PM stressed that the tapping was legal Mitsotakis denies prior knowledge of phone tapping of Androulakis, pledges reform, tight oversight of EYP
Resignations are not enough, nor would a cabinet reshuffle or snap election suffice Editorial: Transparency now!
Citizens seek persuasive solutions to the problems of daily life Editorial: Restoring trust in political parties
Last year in Greece there were 17 femicides Editorial: An urgent wake-up call
Stavros Psycharis never allowed himself to become subjugated. He never censored. Editorial: The death of a journalist
Psycharis He began his long career at the Lambrakis Press in 1972 Renowned journalist, publisher, entrepreneur Stavros Psycharis has died age 77
It is inconceivable for the average citizen to be defenceless amidst major economic trials Editorial: A model programme
Greece now has experience and an enhanced plan of deterrence Editorial Ta Nea: Maintaining composure
'I truly feel that the future of humanity is dark' God at Ground Zero: How a Mount Athos monk fit 9/11 into Byzantine iconography