Mitsotakis noted the government’s determination to open up the massive Chinese market to Greek goods, in a bid to boost growth through exports. 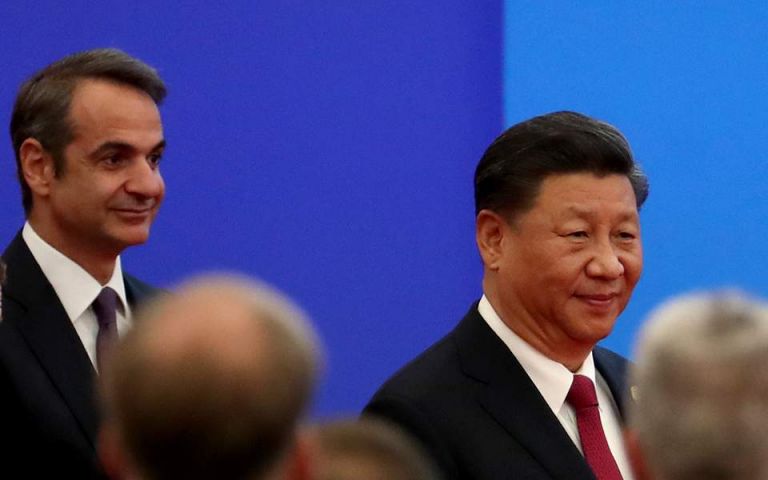 Greece offers major comparative advantages as a trade hub and tourism destination, both through its geostrategic position and through its cultural heritage and natural beauty, Prime Minister Kyriakos Mitsotakis noted in an interview with the Chinese network CGTN on Tuesday.

«Greece is ‘open for business’. We are attracting Chinese, European, American and Japanese investments. I would like, however, to point out that the Chinese invested in the port of Piraeus when few other countries were considering direct investments in Greece’s infrastructure. This is, therefore, a project that will move forward. This is a commitment that we have made and I sincerely believe it is a win-win project for all involved,» Mitsotakis said.

The Greek prime minister pointed out that ships carrying goods from Asia to Europe could save between seven and 10 days if they sailed to the port of Piraeus, which is a natural gateway for goods, instead of the ports of northern Europe. He also stressed that Greece’s ultimate goal is to make Piraeus the biggest port in the Mediterranean and that the Greek government has approved a new cycle of investments in two months that will significantly upgrade the port.

Mitsotakis noted the government’s determination to open up the massive Chinese market to Greek goods, in a bid to boost growth through exports. He said that Greece wants to focus on the agri-food products market, through its high-quality wines, cheeses and olive oil, at a time when a growing Chinese middle class is exploring new gastronomic choices.

«It is our intention to make our presence felt in China,» Mitsotakis said, noting that Greek products could benefit from the EU-China agreement for protecting geographic origin indication products, such as feta cheese.

Regarding tourism, the Greek PM repeated that Greece’s goal is to attract 500,000 Chinese tourists by 2021. He pointed out that Greece was the first country on the route from China to Europe, while its rich history offered a unique experience for visitors.

«If you are Chinese and come to Europe, you must come to Greece,» Mitsotakis said, highlighting the «cultural connection» between the two ancient civilisations, both of which have had a profound impact on the world.

He said that Greece has a strategy for boosting cultural exchanges and tourism, and Athens is planning a Year of Culture and Tourism for 2021.

Highlighting the introduction of a second direct flight between Greece and China, from Shanghai to Athens, Mitsotakis said the Greek side hoped to see even more direct air connections.

Mitsotakis also underlined that Greece wants to attract Chinese audiovisual productions to Greece, thus deepening the the familiarity of the Chinese with Greece.

Κοροναϊός : Νέα κρούσματα σε Γαλλία και Γερμανία – Έτοιμο σχέδιο δράσης στην Ελλάδα
TANEA Team 6 Νοεμβρίου 2019 | 00:43
Περισσότερα άρθρα για Αγγλική έκδοση
Greece bolsters deterrent force, prepares response to Turkey’s expansionism
Health ministry undertakes campaigns to combat smoking, alcoholism, obesity
The president-elect of Greece has won people over even before assuming office Editorial: Modesty
Marinakis just dealt the final blow to the so-called ‘clean-up’ of Greek Football in front of UEFA/FIFA
The dialogue Marinakis to Grammenos: «You have been doing anything that Savvidis was telling you for such a long time and now you’ve become sensitive?»
President-elect Ekaterini Sakellaropoulou symbolises Greece’s passage to a new era with greater consensus and less toxicity Editorial: A victory for democracy
'Our country is governed by the rule of law and is a force of stability, growth, and culture' President-elect Sakellaropoulou to focus on defending rights, sovereignty
Turkey’s provocations are non-stop Editorial: Audacity
Hospitals should not be excluded from public-private partnerships Editorial: Partnerships
The government in Tripoli has said that Greece 'has nothing substantial to offer'. Haftar in Athens, Greece to veto EU approval of Libya peace deal if MOU with Turkey not canceled
The nominee has the prestige and wherewithal to serve the office in a worthy manner Editorial: Consensus
The last president who was not a politician was Christos Sartzetakis who served between 1985-1990 In historic move, Mitsotakis taps Council of State chief to serve as first woman president
Realism at all levels and in every way must be the only guide Editorial: Realism
Greece cannot be punished ad infinitum for the errors of the past Lower primary surplus targets key to Greek economic growth
Indian slaves swap life of bondage for seat in boardroom at tea plantation