The exams involve tens of thousands of families, many of which must travel long distances to cast their ballots because they have chosen to retain their voting rights in their ancestral provinces. 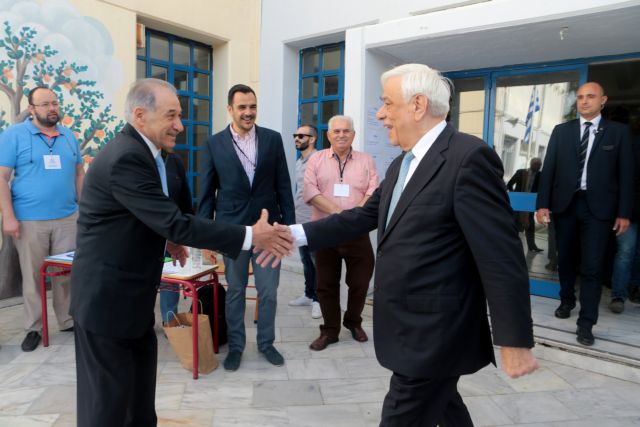 Following reports that parliamentary elections would likely be held on June 30, the government is now considered holding the general election one week later, on 7 July.

After SYRIZA’s major defeat by nearly ten percentage points in the 26 May European Parliament election, PM Alexis Tsipras said that after the 2 June run-offs in prefectural and local elections he will ask President Prokopis to dissolve Parliament and call elections.

Sources in the Prime Minister’s office said that the government is now gearing towards the July date because the nationwide Panelladikes university entrance exams will not have finished by the end of June.

The exams involve tens of thousands of families, many of which must travel long distances to cast their ballots because they have chosen to retain their voting rights in their ancestral provinces’ cities, towns, and communities.

SYRIZA’s parliamentary representative, former journalist Nikos Xydakis, told the web television One Channel that in his view families whose children are sitting for the exams should have a breather before parliamentary elections.

The last exam in a special subject area, Italian, will be held on 2 June.

Xydakis underlined, however, that the government has not yet decided on a date.

The exam is the Greek equivalent of the American Standard Achievement Test (SAT), although in Greece the tests are conducted in various academic subject areas related to the faculties to which students are applying.

TANEA Team 28 Μαΐου 2019 | 16:24
Share
Δείτε επίσης
Περισσότερα άρθρα για Αγγλική έκδοση
Ankara is laying the groundwork for a feverish and tense summer Editorial: Responding to the challenge of Turkish provocations
The new cadres are fresh faces without much experience in politics Editorial: A new generation at the helm in PASOK
The state also has a role to play and it must act quickly Editorial: Dealing with judicial delays
The US-Greece relationship is based on mutual respect Editorial: American vote of confidence in Greece
Turkey and Greece are moving in opposite directions Editorial: Turkey's dangerous games
The Ukrainians are fighting on home turf and have very high morale Dinner with Zelensky: the character of a Ukrainian hero
The PM is also mulling a substantial cabinet reshuffle Mitsotakis no longer rules out early elections, possible autumn dates floated
Editorial: A scourge at our schools
When time is of the essence, the government has a duty to act Editorial: It is high time for reforms
Mitsotakis underlined Greece’s crucial geostrategic position PM Kyriakos Mitsotakis’ historic speech to Joint Session of US Congress (full text)
A party without self-criticism and renewal cannot move forward Editorial: Political parties transforming
Greece’s role as an energy hub must be emphasised Editorial: Opportunities
Mitsotakis-Biden talks: Greek-Turkish relations, the war in Ukraine, wayward Turkey’s new role in NATO
It is not in Greece’s interest for Turkey to be isolated or humiliated Editorial: Opportunity
The Marshall Plan prioritised rebuilding export capacity How should a Marshall Plan for Ukraine work?