Five months ago Prime Minister Alexis Tsipras inaugurated the metro there with a ticket vending machine that was painted on canvas as a backdrop. 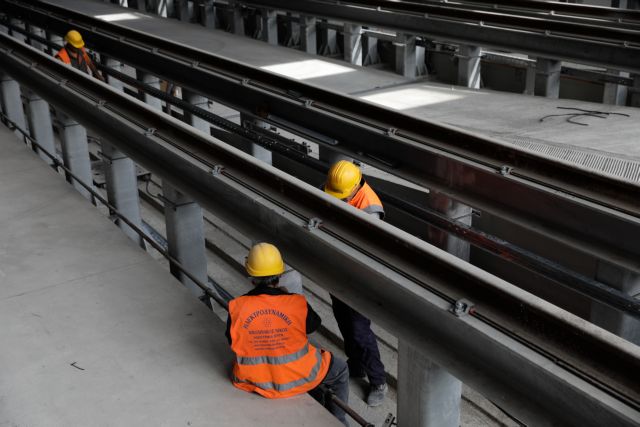 The partisan celebrations that the government organises every so often at the unfinished metro of Thessaloniki are an offence to the residents of the northern port city.

Five months ago Prime Minister Alexis Tsipras inaugurated the metro there with a ticket vending machine that was painted on canvas as a backdrop.

Now, he has allowed government and state officials to show Thessaloniki residents a metro rail line that will take years to operate.

The spectacle of the inauguration of non-existent infrastructure is not only an offence to the citizens of Thessaloniki.
It exposes its organisers and those who pose for photographs with phantom infrastructure as a backdrop, including unfortunately younger generation politicians of whom one would expect better.

This is especially true when they have no involvement in the metro project.

That includes the SYRIZA-backed mayoral candidate. Can she possibly believe that this is a way to win an election? Is that the degree of respect she has for the citizens whose votes she seeks?

This offencive behaviour should be punished.

Citizens have a duty to punish politicians who attempt to grab their vote with dishonest means.

Such tactics are unacceptable in 21st century Greece and must stop.

We must put an end to such offences at long last.