The decision to open the accounts was prompted by press reports regarding the testimony of Michel Josserand, a former executive at the Thales company, which had undertaken the modernisation Of Hellenic Navy frigates. 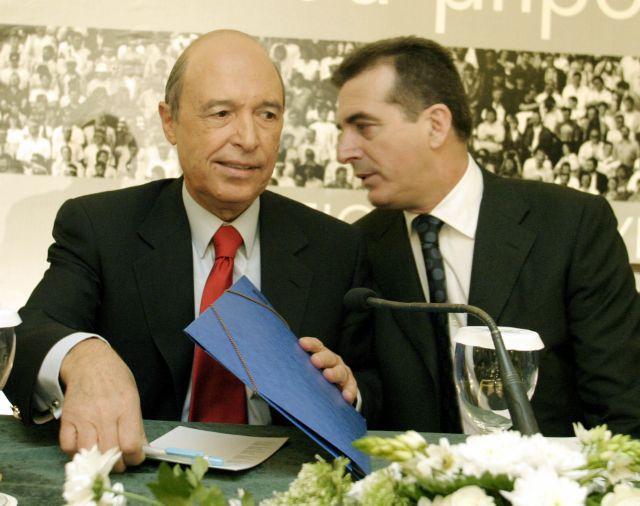 In a bombshell move, the Authority for Combating Money Laundering has ordered the opening of the bank accounts of former Pasok prime minister Costas Simitis and his family, as well as of Simitis’ public order minister, Michalis Chrysohoidis.

In a statement, Simitis implied that the order to investigate him was given by the executive authority, essentially pointing to Prime Minister Alexis Tsipras.

“The pre-announced operation to prosecute me does not touch me. History is not written by fleeting occupants of the executive authority. Obviously, the examination of my bank accounts is welcome. I have nothing to hide. Related articles are based on slander, to which I shall respond when I confirm who is involved.

The decision to open the accounts was prompted by press reports regarding the testimony of Michel Josserand, a former executive at the Thales company, which had undertaken the modernisation Of Hellenic Navy frigates.

Josserand in the past had made general references to bribes related to the procurement of the C4I security system for the 2004 Athens Olympics.

He said that his company did not land the contract because its competitors paid bribes at the level of the competent minister and the prime minister.

Malesios was vice-president of an inter-ministerial committee encharged with overseeing Olympics security, which was awarded to the SAIC company, a US-based multinational with prior experience in Olympics security.

Malesios was living rent-free in a villa owned by Altec company owner Thanasis Athanasoulis, who had a substantial stake in SAIC.

In addition, the Authority has requested from Greek and German authorities the opening of the accounts of the ex-PM’s brother, Spiros Simitis, following reports about 800,000 euros that are being investigated by the Greek Corruption Prosecutor.

Spiros Simitis, an emeritus law professor, an internationally renowned German jurist who is also recognised as a pioneer

TANEA Team 14 Νοεμβρίου 2018 | 15:32
Share
Δείτε επίσης
Περισσότερα άρθρα για Αγγλική έκδοση
The overturning of Roe v. Wade turns the clock back 50 years for American women. Editorial: Back and forth
Thymios' statement - “I no longer trust people.” – is a punch in the gut. Editorial: A punch in the gut
Editorial: Audits of politicians' wealth
Mario Draghi has a prominent position in the EU architecture Editorial: Alliance
After a certain point, the necessary caution is a matter of personal responsibility Editorial: COVID-19 and personal responsibility
Extremists still constitute a threat Editorial: Threat
A consciously responsible stance is needed Editorial: Maintaining COVID-19 alertness
The late PM Constantine Karamanlis famously said, 'We belong to the West' Editorial: Contradictions
The end of EU enhanced fiscal supervision signals the exit from the tunnel Editorial: Breakthroughs
Head of Greek Pomaks’ Association rips into Erdogan’s revisionist expansionism
All Greek governments since Andreas Papandreou's demanded the return of the Marbles Osborne: ‘Deal to be done’ on sharing Parthenon Marbles
All efforts toward a radical resolution of the refugee problem have failed Editorial: The end does not justify the means
France's centrist forces are rallying behind President Emmanuel Macron Editorial: The political centre
The Germans are returning, this time not to impose their will but to cooperate Editorial: Greece as a bridge between Western Balkans, EU
The demographic crisis must be managed swiftly Editorial: Demographic crisis