Pledges of handouts, for which the country has paid dearly in the past, should end at the very place where they began, the Thessaloniki International 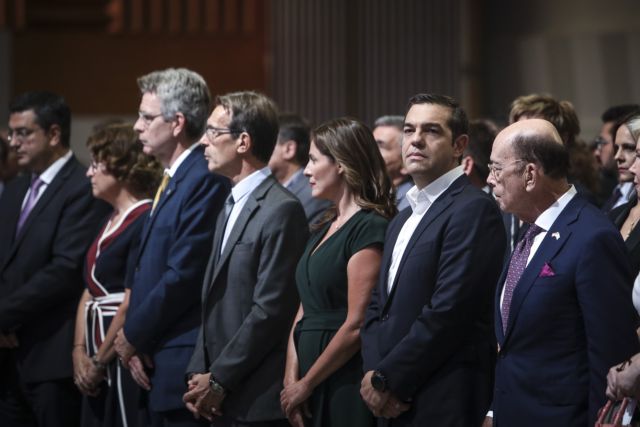 The podium of the Thessaloniki International Festival (TIF) has traditionally been a forum for the announcement of popular economic measures and handouts – the so-called TIF basket.

That, however, is not the case this year. Pledges of handouts, for which the country has paid dearly in the past, should end at the very place where they began.

By yet another twist of fate for the SYRIZA-Independent Greeks government, the man who is called upon to put an end to that vicious circle is the prime minister who promised everything to everyone in order to come to power.

He is the prime minister who as a candidate pledged to abolish the bailout memorandums with a single law, to restore the minimum wage to 780 euros monthly, to reverse wage and pension cuts, to abolish the ENFIA real estate tax, and to cut the VAT tax.

As we all know, the opposite occurred, because pledges of handouts do not fill empty wallets. They cultivate false hopes domestically and suspicion abroad, reinforcing the conviction that fiscal discipline must remained heightened and that strict surveillance of the economy is necessary.

As many electoral benefits as the prime minister may think he will garner, he has a duty to resist the temptation. The messages from the markets are crystal clear.

The very idea that pledges of handouts yield electoral benefits is wrong-headed.

Recent political history is rife with examples of supposedly generous governments which were punished harshly at the ballot box.