Social welfare over for Alternate Labour Minister Antonopoulou, who resigned

Alexis Tsipras accepted the resignation of Rania Antonopoulou over her receiving a 1,000 euro monthly rent subsidy from the state, based on a law that was initially intended to assist provincial MPs who did not own an Athens residence.Ruling Syriza had amended the law to cover the housing needs of extra-parliamentary ministers, such as Antonopoulou and her husband Dimitris Papadimitriou 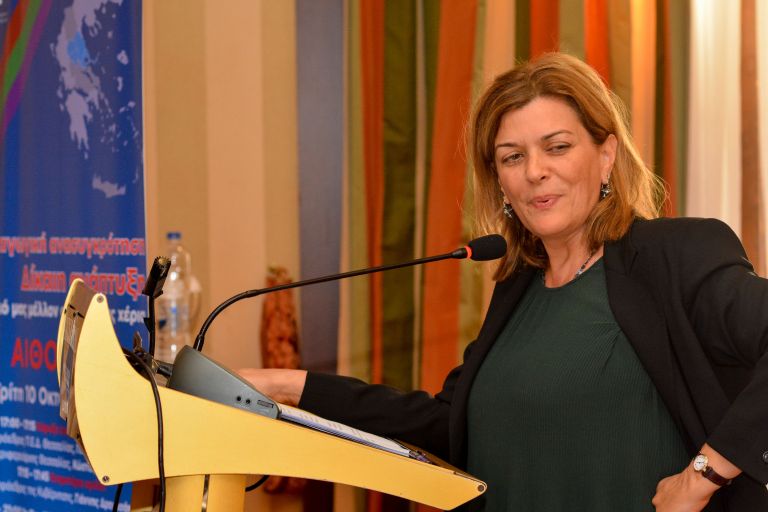 Alexis Tsipras has accepted the resignation of Alternate Labour Minister Rania Antonopoulou, after revelations that the state was paying her rent, and legally at that.

Tsipras had earlier contacted Antonopoulou, to express his consternation over her receiving a 1,000 euro monthly rent subsidy from the state, based on a law that was initially intended to assist provincial MPs who did not own an Athens residence.

The subsidy was not granted automatically. She had to apply for it. The applications was approved by officials in the finance ministry and her own ministry.

“I do not consider it proper that you availed yourself of this legal provision. I await your response,” Tsipras was quoted as saying.

It should be noted that it was ruling Syriza that amended the law to cover the housing needs of extra-parliamentary ministers, such as Antonopoulou and her husband Dimitris Papadimitriou, who both came to Greece from the US. According to their legally mandated declaration of assets, they are among the wealthiest cabinet members.

Papadimitriou is a professor of economics who for many years has been director of the Levy Institute at Bard College.

Antonopoulou issued a statement today saying that she has no intention of resigning, but that she was at the disposal of the PM and that she will return the money. She cited the legal provisions that made her fully subsidised rent legal.

“Because I did not come to Greece to become wealthier, and because my only concern was always to serve the efforts for my country to transcend the crisis, I am stating that I have launched procedures to return the money,” the statement read.

In the meantime, the general secretary of her ministry, Kostas Poulakis, had stated that, “It saddens me that this action, this acceptance (of the stipend), is overshadowing the work that the minister is doing.”

TANEA Team 26 Φεβρουαρίου 2018 | 16:09
Share
Περισσότερα άρθρα για Αγγλική έκδοση
Tsipras posts on the social media and frequently as possible Editorial: Obligations
Universities have become a sort of state within the state Editorial: Enough is enough!
Nobody for whatever reason has the right to beat a professor Editorial: Zero tolerance
The shift in America’s priorities should come as no surprise Editorial: Fluidity
We have the weapons, the experience, and obviously the collective will Editorial: Transcending the pandemic
How do you negotiate with Vladimir Putin? Editorial: Dilemma
Editorial: Phenomenon
Maintaining tensions does not contribute to dialogue or good neighbourly relations Editorial: Pragmatism in Greek-Turkish relations
The alarm bell of daily life is urgently ringing Editorial: Alarm bell
We believe that the projections of scientists are exaggerated. They are not. Editorial: Living dangerously
It is up to us to exit the pandemic on our feet Editorial: Caution
The cost of a total lockdown would be very high for the economy Editorial: The need for personal responsibility, again
Banks – They secure short-term loans to provide new ones
Price increases in energy threaten the viability of businesses
Tax clearance certificate – What to expect in 2022