The buyout of Hellenic Environmental Centers (HEC) by Aegean Marine Petroleum has raised a number of serious questions, and has produced scathing reactions by market analysts, including Benjamin Nolan, of Stifel, who monitors Aegean’s stock. 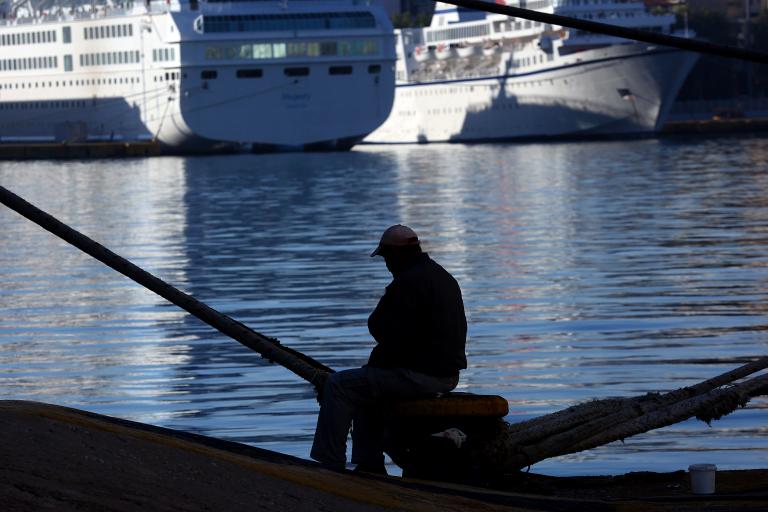 The buyout of Hellenic Environmental Centers (HEC) by Aegean Marine Petroleum has raised a number of serious questions, and has produced scathing reactions by market analysts, including Benjamin Nolan, of Stifel, who monitors Aegean’s stock.

“In our experience of covering shipping we have seen our share of questionable deals, but this one takes the cake, in our view, and there is not a close second,” Nolan wrote in a Stifel Research Note.

“We see so many violations of shareholder trust in Aegean's decision to buy Hellenic Environmental Centers (HEC), that it is hard to even fathom how any transaction could possibly be worse. This one checks all the boxes: a) they are issuing equity at the worst possible time, b) they are issuing that equity to the one person in the world the company should most avoid dealing with, c) they would be paying at least 300% more than even a conservative fair value, and the list could go on. While we were hopeful Aegean was making strides to improve capital structure, corporate governance, and return on capital, that is clearly not the case and we can no longer recommend buying,” the damning report underlined.

As Stifel points out, “HEC is a small company that cleans and processes marine waste for shipping and offshore companies. They operate in three regions Greece, Gibraltar, and Germany (also Aegean hubs) using a collection of sea and land-based assets. We do believe there could be some synergies and enhanced growth for HEC in Aegean's footprint.”

The second huge issue is the purchase price.

“Aegean is paying $367 million in a combination of assumption of debt ($38 million), $200 million of assignment of receivables which for some reason are not eligible on the borrowing base, 20 million ANW shares at $4.45, and $40 million of seller notes. By the way, Mr. Melissanidis originally sold his original 11.3 million shares at $8.81,” Nolan underlines.

Under the heading "New Math...", Stifel highlights other murky aspects of the deal.

“Aegean said the addition should add $35-$40 million in EBITDA for a 9.2x-10.5x acquisition multiple. Oh but, that assumes 2018 EBITDA more than doubles, including acquisitions to be made and not in the purchase price. The real multiple is on the $15.5 2017 EBITDA or 24x, yes 24x times. For reference, these small businesses are typically valued between 4-8x trailing EBITDA. So more than likely there is not another buyer in the market for HEC that would pay more than $125 million.

Under the heading “Mind your own business you ignorant shareholders”, Nolan argues that, “By giving the founder 20 million shares, we believe it enables the company to appoint "friendly" board members who would not rock the boat and allow shady related party transactions to continue at expense of public shareholders. Also, selling shares at near all-time lows and taking on debt and capital commitments to buy an asset at 3x fair value is also not typically well received.”

The analysis also touches upon share losses and projections.

“The company pre-released earnings which had a number of one-time items, which if backed out would have resulted in a loss per share of $0.07, not good but not unexpected. Some of the negative impact related to timing and should be reversed in 1Q18,” Nolan notes

The report underlines that shares lost around half their value in just two days, and that shareholders might block the deal.

“This acquisition is cronyism in our view and likely the markets, given shares have lost nearly half their value in the last two days. We hold out hope that shareholders are able to block the deal and replace the board which is the only scenario in which we could ever potentially become comfortable recommending adding to positions despite a good core of assets which are incredibly undervalued, in our view. Therefore we are downgrading to Hold and hoping for drastic change,” the note concludes.

Eight months later, the share price had fallen to 5.10 dollars.

TANEA Team 26 Φεβρουαρίου 2018 | 17:15
Share
Περισσότερα άρθρα για Αγγλική έκδοση
Balances with the Russian side are very delicate and must be maintained Editorial: Composure
'Greece is a significant and wise actor in this part of Europe' Kosovo FM Donika Gervalla–Schwarz: ‘We are not begging for recognition from Greece’
People want answers, persuasive plans, and arguments Editorial: Maturation
The pandemic and citizens’ fears regarding inflation have shocked households Metron Analysis poll: SYRIZA trails New Democracy, KINAL-PASOK skyrockets
It is imperative for the weapons programme to be implemented immediately Editorial: Arrivals
The charges of the victim garnered attention nationwide Editorial: Support
Greece is a peaceful Western country Editorial: Vigilance
Both SYRIZA and PASOK are in a transitional phase Editorial: Changes
Tsipras posts on the social media and frequently as possible Editorial: Obligations
Universities have become a sort of state within the state Editorial: Enough is enough!
Nobody for whatever reason has the right to beat a professor Editorial: Zero tolerance
The shift in America’s priorities should come as no surprise Editorial: Fluidity
We have the weapons, the experience, and obviously the collective will Editorial: Transcending the pandemic
How do you negotiate with Vladimir Putin? Editorial: Dilemma
Editorial: Phenomenon