If the current reform bill fails, completely or partially, it must be corrected without ideological fixations or political grudges. 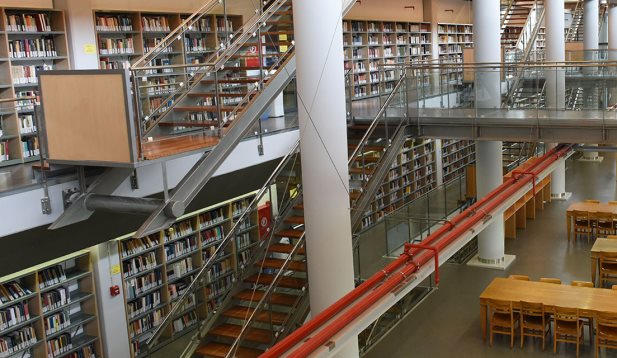 Reform is a word that has long been abused in public dialogue in Greece.

If we were to consider the issue beginning with the country’s first bailout memorandum, 12 years ago, everyone would agree that although everyone wants reforms, we have not achieved a minimum consensus on their content and direction.

That is largely to have been expected, but the cunning of the domestic political system lies in the fact that it persuaded us that reforms should be passed by Parliament but not enforced, because they have an expiration date anyway.

It persuaded us that it is the task of the next government to abolish reforms passed by previous ones, instead of improving them through changes, in accordance with the ideology of the government that is in power and shifts in conditions.

Even worse, they convinced us that reducing reforms to the level of symbolism is something quite natural.

Take for example the sweeping university reform bill that is now being debated in Parliament.

Every past Greek government has tabled a similarly “emblematic” university reform bill.

One might discuss in what ways each succeeded and failed, but if one is to be earnest and honest, such an accounting would be unjust.

That is because none of them was truly enforced, so that we might have seen the problems and dysfunctions of the system in order to remedy them.

When it comes to such complex issues, solutions that prove to be lacking can teach us lessons.

If the current reform bill fails, completely or partially, it must be corrected without ideological fixations or political grudges.

In order to ascertain possible deficiencies in the law, however, it must first be implemented, because over the years nothing good came of the process of passing laws, only to revoke them later.

TANEA Team 14 Ιουλίου 2022 | 17:19
Share
Δείτε επίσης
Περισσότερα άρθρα για Αγγλική έκδοση
Resignations are not enough, nor would a cabinet reshuffle or snap election suffice Editorial: Transparency now!
Citizens seek persuasive solutions to the problems of daily life Editorial: Restoring trust in political parties
Last year in Greece there were 17 femicides Editorial: An urgent wake-up call
Stavros Psycharis never allowed himself to become subjugated. He never censored. Editorial: The death of a journalist
Psycharis He began his long career at the Lambrakis Press in 1972 Renowned journalist, publisher, entrepreneur Stavros Psycharis has died age 77
It is inconceivable for the average citizen to be defenceless amidst major economic trials Editorial: A model programme
Greece now has experience and an enhanced plan of deterrence Editorial Ta Nea: Maintaining composure
'I truly feel that the future of humanity is dark' God at Ground Zero: How a Mount Athos monk fit 9/11 into Byzantine iconography
Hatzidimitriou shattered the stereotype that women are not good at maths Editorial: Worthy role Models
A great reform was necessary but seemed unfeasible0 Editorial: Modernisation of the state
Editorial: The need for an in-depth investigation
Justice delayed is justice denied Editorial: Swift justice
A revival of populism is exploiting the natural anxieties of citizens Editorial: President Katerina Sakellaropoulou's message
Editorial: Mandatory reforestation after the wildfires
The EU is already facing adverse conditions due to the war in Ukraine Editorial: The major crisis the EU faces and the great leap forward