The statements of the man that most consider the new Schaeuble demonstrate that the era when Greece was the black sheep of Europe is over. 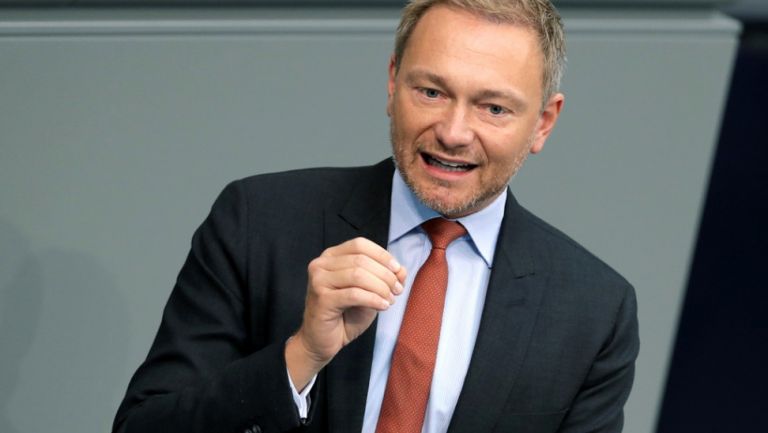 Ta Nea’s Berlin correspondent was the journalist who asked incoming Finance Minister Christian Lindner whether Germany’s European partners, including Greece, should be concerned now that he – with his particular austere approach to economic issues – has become finance minister.

The response of the head of the Free Democratic Party and now finance minister was unexpected praise for the Greek economy.

Even devoted readers of the foreign press, who had observed that the reporting of major European media has reflected Greece’s improved image, did not expect such a positive reception of the Greek “brand”.

The statements of the man that most consider the new Schaeuble demonstrate that the era when Greece was the black sheep of Europe is over.

Lindner’s remarks confirm not only the positive dynamic of the Greek economy, but also the country’s overall capabilities and prospects.

TANEA Team 8 Δεκεμβρίου 2021 | 13:39
Share
Δείτε επίσης
Περισσότερα άρθρα για Αγγλική έκδοση
Tsipras posts on the social media and frequently as possible Editorial: Obligations
Universities have become a sort of state within the state Editorial: Enough is enough!
Nobody for whatever reason has the right to beat a professor Editorial: Zero tolerance
The shift in America’s priorities should come as no surprise Editorial: Fluidity
We have the weapons, the experience, and obviously the collective will Editorial: Transcending the pandemic
How do you negotiate with Vladimir Putin? Editorial: Dilemma
Editorial: Phenomenon
Maintaining tensions does not contribute to dialogue or good neighbourly relations Editorial: Pragmatism in Greek-Turkish relations
The alarm bell of daily life is urgently ringing Editorial: Alarm bell
We believe that the projections of scientists are exaggerated. They are not. Editorial: Living dangerously
It is up to us to exit the pandemic on our feet Editorial: Caution
The cost of a total lockdown would be very high for the economy Editorial: The need for personal responsibility, again
Banks – They secure short-term loans to provide new ones
Price increases in energy threaten the viability of businesses
Tax clearance certificate – What to expect in 2022