One will remember Fofi Gennimata's example, that of a brave woman never beaten down by the fear of death, who devoted herself to politics without losing her humanity, with a pure smile. 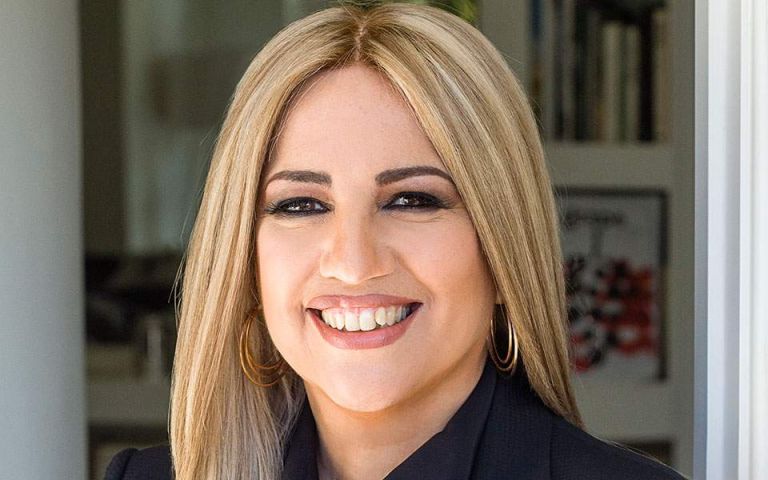 The battle she lost was that with disease and death, the disease she fought since she was 44-years-old, with bravery, pride, and courage, giving strength to our fellow human beings who also face severe trials until the last moment.

What a great thing it is to be fighting for your life even as you battle for the common good!

Fofi Gennimata yesterday passed into history. Her political legacy will be the respect for institutions in her speech, her faith in democracy and parliamentarism, her unswerving principles, her red lines, and her dedication to Social Democracy.

Along with all that, one will remember her example, the example of a brave woman who was never beaten down by the fear of death, who devoted herself to politics without losing her humanity, with a pure smile.

She adorned the political terrain in an era of political fluidity that was difficult for our country. In a period of dwindling respect for politicians and in which institutions were rocked, she remained a constant.

It is by no means coincidental that Greeks were shocked. Irrespective of political positions, Gennimata, aside from being president of the Movement for Change, was the people’s Fofi.

Along with all political stripes, and the Greek people who are saying goodbye with bitterness and devastation, Ta Nea, the newspaper that is historically linked with democratic progressive forces, pays homage to Fofi Gennimata. Farewell, Madam President!

TANEA Team 26 Οκτωβρίου 2021 | 13:22
Share
Δείτε επίσης
Περισσότερα άρθρα για Αγγλική έκδοση
Greece has a multi-faceted policy in its foreign relations and that is how it should continue Editorial: Sobriety in foreign relations
We see irresponsible behaviours and an attitude that the virus is no longer with us Editorial: Behaviours
The virus recognises no geographical borders Editorial: Nobody is safe
Delays and foot-dragging have long led even to the denial of justice Editorial: Expediting justice
Erdogan’s insistence on keeping interest rates low led him to fire three central bankers Editorial: Turkey’s lonesomeness
Turkey traditionally exports its domestic crises Editorial: Turkey's domestic, foreign crises
Nobody has the right to deny their share of responsibility in the common effort Editorial: Joining forces to confront the pandemic
Of intubated patients, 83 percent are unvaccinated or partially vaccinated EODY: 105 COVID-19 deaths, 7,287 infections confirmed in the last 24 hours, 608 intubated
We must continue to insist that the state is obliged to be citizen-friendly Editorial: 'Guinness World Record'
Behind Lukashenko stands Putin, who backs and assists him Editorial: European sovereignty
The pandemic is an issue of life and death, and the protection of public health is a common aim Editorial: Consensus on managing the pandemic, even at the last minute
The measures announced are tantamount to an at least partial lockdown on the unvaccinated Mitsotakis announces partial lockdown on unvaccinated citizizens, tougher enforcement
Greece accuses Sanchez of ignoring EU decisions after agreement to sell aircraft carrier to Turkey
Anti-vax lawyer arrested for dissemination of fake news on COVID-19, then released
Adjustment to contemporary conditions and conceptions is necessary Editorial: Modernisation of the Church