According to Stamatis Garderis, mayor of Kythnos, 100% of the island’s population has received both doses of the Pfizer vaccine, with Kythnos being the first Covid free island 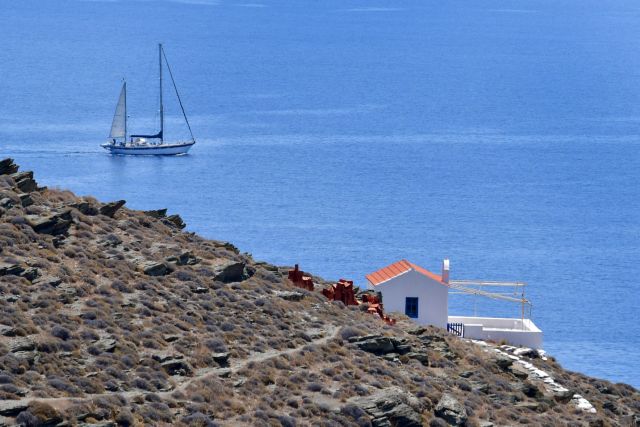 The residents of Kyphos were congratulated by the general secretary of Primary Health Care, Marios Themistokleous, last Monday, as the island is now Covid free.

According to Stamatis Garderis, mayor of Kythnos, 100% of the island’s population has received both doses of the Pfizer vaccine, with Kythnos being the first Covid free island.

“People are aware, we are addressing tourists and they should feel that they are coming to a safe environment,” said Mr. Garderis, stressing that there was no separate vaccination campaign on the island, just that most residents were in favor and co-opted even the most skeptical.

The masks are normally used on the island, although according to Nikos Tzanakis, professor of Pulmonology, on the island “absolute freedom could be attempted until tourism starts”.

It is noted that all the restaurant staff has been vaccinated on the island, with the reservations already booked solid since the measures were relaxed.

TANEA Team 7 Ιουνίου 2021 | 11:43
Share
Δείτε επίσης
Περισσότερα άρθρα για Αγγλική έκδοση
A businessman has the right to bar entry to his or her establishment of unvaccinated people Editorial: Reaching an understanding
Editorial: Privileges
The NATO Summit is bound to be newsworthy as it is Biden’s first Editorial: Lines
The government must ensure that the path toward modernisation will begin. Editorial: Changes
Tourism minister in the Netherlands
There are strikes, like the one at the port, held just for the sake of declaring them Editorial: Conceptions
Ideally, we should fashion a new social and economic model for Greece Editorial: Model
The government must urgently undertake necessary initiatives to root out organised crime Editorial: Root out organised crime
COVID-19 vaccines and immunity: We are not among the lucky ones
Our era requires balances, seriousness, planning, and of course to defend one’s red lines Editorial: A coordinated foreign policy
The Turkish Foreign Minister confirms that the big goal is to convene a Mitsotakis – Erdogan meeting Exclusive Interview TO VIMA – Mevlut Cavusoglu: The “keys” for a solution
Fear could lead to slowing down the pace of appointments in the vaccine rollout Editorial: Choices
In our age, references to international law seem cliché or even something of a joke Editorial: Red lines of democracy
The UGS’s position on the recent statements made by Mr. Panos Laskaridis
Greece must keep open the lines of communication with Russia Editorial: Maintaining geopolitical balances