The PM told his ministers clearly quite a while ago that the government would not squander EU pandemic recovery funding with the thoughtlessness of the nouveau riche. 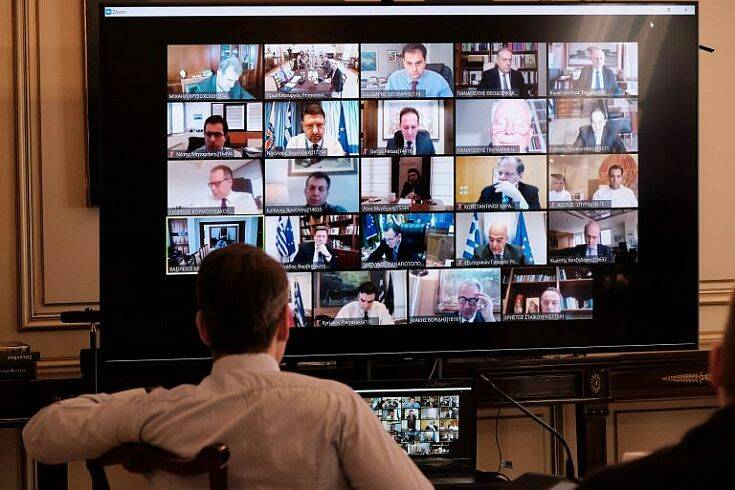 When negotiations over the EU Pandemic Recovery Fund ended in July almost everyone in Greece agreed that our country was among the winners as Northern European States consented to issuing mutualised European debt with most of the revenues going to fund the South.

No one disputed the position that the total 70 billion euro package was a tool which for Greece would function as a new Marshall Plan.

It would not only help manage the recession triggered by the coronavirus pandemic but would also help lay the groundwork for the growth path that the country so sorely needs.

Quite a while before that EU summit, the PM told his ministers clearly that the government would not squander the money with the thoughtlessness of the nouveau riche.

As the time approaches for Greece to submit to the European Commission its recovery plan Kyriakos Mitsotakis’ admonition is once again timely.

Those directly and indirectly involved in this project must always keep at the back of their mind that they do not have the luxury of forgetting the clearly declared objective the EU Recovery Fund.

That is to a large extent because this is the last chance for the Greek economy.

The country has no alternative but to be prepared when it receives the funding.

The government has no choice but to spend the money prudently in order to resolve political and economic dysfunctions that have lingered for decades and thus restructure Greece’s economic model.

The responsibility exceeds the limits of a single government. It is historic.

TANEA Team 28 Σεπτεμβρίου 2020 | 21:05
Share
Δείτε επίσης
Περισσότερα άρθρα για Αγγλική έκδοση
It is the greatest foreign policy crisis in Erdogan's 19 years in power Following domestic, international uproar Erdogan backs off on expulsion of 10 Western ambassadors
Evangelos Marinakis on CPLP’s bond listing at the Athens Stock Exchange: “Green investments are the future”
The UN Secretary has warned that humanity is already in a state of emergency Editorial: A duty towards our children
'The UK played a decisive role in achieving Greece’s independence' FM Nikos Dendias: Greece-UK bilateral cooperation agreement to include defence and security issues
Vartholomeos has fervently pursued inter-faith dialogue with the Muslim and Jewish faiths Religion, rights, and geopolitics on Vartholemos' US visit, meetings with Biden, Blinken, Pelosi
At Greek universities progress is battling regression. Editorial: Two worlds
Editorial: Opportunity
Angela Merkel – In Athens on October 28 and 29
If the pandemic is checked, we can hope for much better days Editorial: Turning point for Europe
Record-breaking over-subscription for CPLP bond issue
We have a duty to ensure for families a network of protection in our schools. Editorial: Maintaining balances
We have the power to leave behind this unprecedented crisis. Editorial: Exiting the pandemic
Mitsotakis – Sisi meeting – Emphasis on energy and defense
What Seismologist Lekkas says Strong earthquake 6.1 Richter off Karpathos
Editorial: Attention must be paid