Not only must the economy be stabilised but also it must achieve growth rates that will definitively bring light at the end of the tunnel. 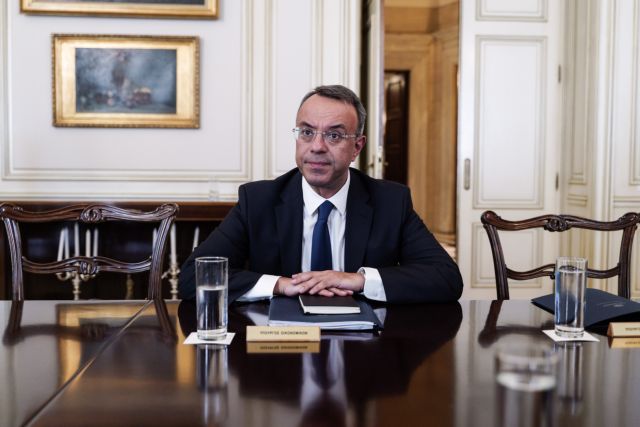 The new historic low interest rates with which the Greek state is borrowing bear witness to the fact that the Greek economy is beginning to come back on track on the rails of normalcy.

The 1.86 percent yield on Greek bonds that came on the heels of the complete lifting of capital controls after four years reminds us of how painful was the measure for the Greek economy and that it kept it hostage.

One can see clearly see that the imposition of capital controls did not involve only banks but rather the economy in general.

The fact that the economy is just getting back on the rails does not mean that it cannot run forward.

Moreover, it does not mean that the danger of a new economic derailment has been eradicated.

The government is confronted with a dual wager.

Not only must the economy be stabilised but also it must achieve growth rates that will definitively bring light at the end of the tunnel.

To win the wager one must avoid a number of traps, the first of which is complacency.

What would be even more traumatic is an expanisve fiscal policy that would not take into account the rules of fiscal discipline.

This is a trap into which one can easily fall as is witnessed by the fact that certain government members speak of lowering the tax burden even though the economy is not quite back on track.

«Τορπιλίζεται» η ειρήνευση στη Λιβύη – Χαφτάρ και Σάρατζ αναστέλλουν τις συνομιλίες
TANEA Team 28 Αυγούστου 2019 | 18:24
Δείτε επίσης
Περισσότερα άρθρα για Αγγλική έκδοση
Editorial: Pillar
Editorial: Crisis
Government and opposition are skirmishing over the rubble in Mati Editorial: Duty
As it turned out Mega was too big to die Editorial: The return of Mega Channel
The government cannot address the problem of school violence on its own Editorial: Wave of violence
Job creation is the overarching aim so that society can prosper Editorial: Automatic pilot
Right now there must be delicate diplomatic manoeuvres abroad and a solid front domestically Editorial: Consensus
Editorial: Delusions
Editorial: Readiness
It seems that freedom of speech cannot be taken for granted in our country Editorial: Fascism
At last it seems that reason is prevailing over belief and superstition about vaccines Editorial: Sirens
Dialogue must continue to be a basic pillar of Greek foreign policy Editorial: Dialogue
SYRIZA links Oruc Reis incident to Turkey's disputation of Greek sovereignty over Aegean islets
The state is obliged to determine which groups are serving humanistic ideals and which are simply exploiting human misery Editorial: Investigation
Electronic prescriptions a much-needed push toward digital modernisation