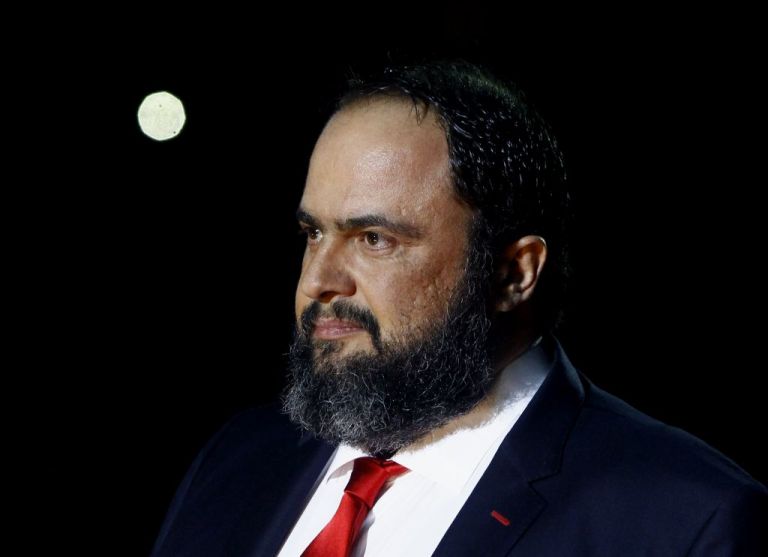 Vangelis Marinakis, owner of Olympiacos FC, sent a message for unity with regards to today’s general elections in Greece.

«Today, Greeks have to honour our highest right as citizens. We take the destiny of Greece in our arms and choose the future of our children. This is why no one should miss the current call of Democracy.

Our country enters to a new area of definitive rift with LIE, INIQUITY, DANGEROUS POPULISM, BETRAYAL, THE SELLOUT OF THE COUNTY, THE TRIVIALIZATION OF INSTITUTIONS, THE SCANDALS, the bottomless political SAUSE and HATE, THE DOMINATION OF SHORT-SIGHTED INTERESTS.and the ideology of CLING TO POWER ΑΤ ΑΝΥ COST.

Responsible for this morbid situation is the outgoing government and personally Alexis Tsipras, who orchestrated and conducted with his collaborators the plan for the FULL DISDAIN OF THE SACRIFICES OF GREEK PEOPLE, OF OUR TRADITIONS, and our timeless ETHICS AND IDEALS.

More mature than ever, learning from mistakes of our past but also be aware of the real dilemmas of these elections and not of the falsified that we have been hearing all this time, we are summoned to walk on a path of creation and responsibility.

So look at each other in the eyes and leaving aside the divisive logic that tried to impose on us, to seek again our common values ​​and to create the fate that we deserve. Let’s do this without the falsely, big words, which always get lost in the next day of the elections, and not for the many or the few, but for all the GREEKS.

So I invite thousands of our friends from Piraeus and from the entire Greece, with whom we have given so many victorious struggles and also each Greek separately, to be present at the tomorrow’s polls in order to send a loud message of unity, creativity, stability, security and progress.

«Ο κυβερνοπόλεμος μόλις ξεκίνησε» – Έλληνες και Τούρκοι χάκερ στα «όπλα»
TANEA Team 7 Ιουλίου 2019 | 13:11
Δείτε επίσης
Περισσότερα άρθρα για Αγγλική έκδοση
The president-elect of Greece has won people over even before assuming office Editorial: Modesty
Marinakis just dealt the final blow to the so-called ‘clean-up’ of Greek Football in front of UEFA/FIFA
The dialogue Marinakis to Grammenos: «You have been doing anything that Savvidis was telling you for such a long time and now you’ve become sensitive?»
President-elect Ekaterini Sakellaropoulou symbolises Greece’s passage to a new era with greater consensus and less toxicity Editorial: A victory for democracy
'Our country is governed by the rule of law and is a force of stability, growth, and culture' President-elect Sakellaropoulou to focus on defending rights, sovereignty
Turkey’s provocations are non-stop Editorial: Audacity
Hospitals should not be excluded from public-private partnerships Editorial: Partnerships
The government in Tripoli has said that Greece 'has nothing substantial to offer'. Haftar in Athens, Greece to veto EU approval of Libya peace deal if MOU with Turkey not canceled
The nominee has the prestige and wherewithal to serve the office in a worthy manner Editorial: Consensus
The last president who was not a politician was Christos Sartzetakis who served between 1985-1990 In historic move, Mitsotakis taps Council of State chief to serve as first woman president
Realism at all levels and in every way must be the only guide Editorial: Realism
Greece cannot be punished ad infinitum for the errors of the past Lower primary surplus targets key to Greek economic growth
Indian slaves swap life of bondage for seat in boardroom at tea plantation
Editorial NEA: Puzzle
EU resumes probe into Boeing-Embraer deal, sets new April 30 deadline