The conservative leader called for new, mutually beneficial Greece-Germany economic cooperation with a focus on investments. 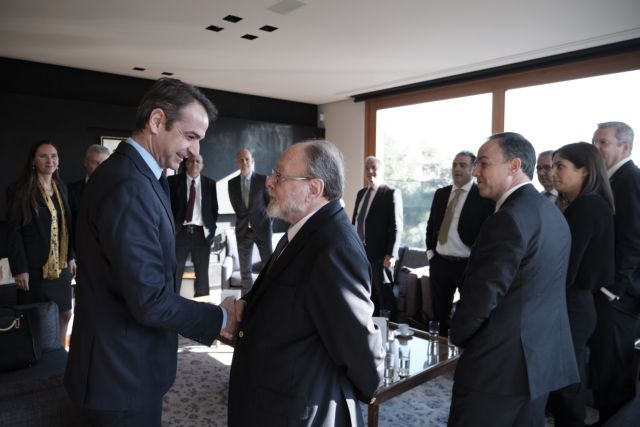 Main opposition New Democracy leader Kyriakos Mitsotakis underlined his dedication to plying ahead with reforms at a meeting today with representatives of large German companies.

“A New Democracy victory in the forthcoming general election will eradicate country risk and will establish Greece as an incomparably more attractive destination for direct foreign investment,” he said.

“A political change and the dedication of the new government to reform will swiftly restore the country’s credibility and that in turn will permit a re-examination of the fiscal commitments which the current government has unfortunately undertaken,” Mitsotakis maintained, alluding to a needed reduction of high primary surplus targets.

The conservative leader asserted that the political environment in Greece for the first time has much more positive prospects than that of other European countries and that this gives Greece a strong competitive advantage.

Mitsotakis stressed that despite the great fiscal adjustment that was achieved by Greece, the productive model was not sufficiently changed and that this is reflected in the small increase of exports and in the very low level of foreign investment.

The leader of New Democracy called for a change in the agenda of Greece-Germany economic relations. The creditor-debtor model that prevailed over the last years should give way to a new, mutually beneficial framework of cooperation with a focus on investments he said.

In outlining his party’s economic programme, Mitsotakis highlighted his focus on a new, stable tax system the main pillar of which will be lower tax rates combined with targeted incentives for investment in research and development.

Mitsotakis also said he wants to cut bureaucratic red tape, lower the cost of borrowing for businesses, and speed up the adjudication of court cases.

Expanding the presence of current investors

The leader of New Democracy called upon companies which are already doing business in Greece to expand their activity through investment and job creation.

The objective is to make Greece a regional headquarters of international businesses in the broader region of the Southeastern Mediterranean, and part of ND’s plan in that context is to attract industrial units.

Mitsotakis charged that the government is responsible for losing out on the opportunities of three years of dynamic global growth.

He cited various data to argue that New Democracy’s programme will overhaul the country’s business environment so as to facilitate direct foreign investment, which can brings growth and new jobs.