Creditors also bear responsibility as they turned a blind eye to the debt problem and believed that austerity could remedy the ills of a country with the peculiarities of Greece. 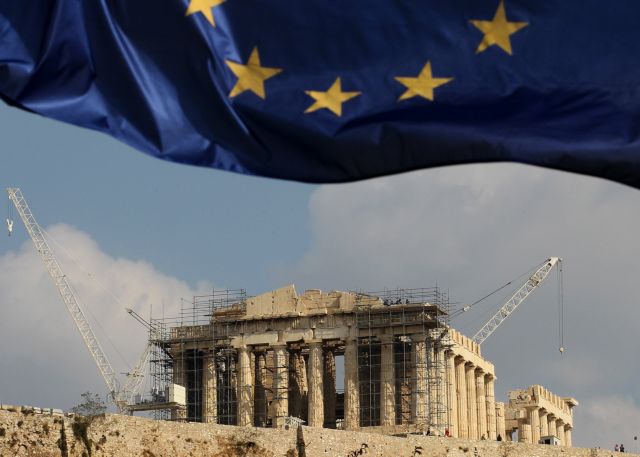 The government is celebrating because as it would have it Greece completed its bailout memorandums, is out of the woods, and is now independent and strong.

However, this depiction is belied by the data of the State’s General Accounting Office. During the crisis, over 21bn euros in taxes were levied, but public revenues dropped by nine billion euros.

Such blind over-taxation did not begin on SYRIZA’s watch. Previous governments which were unable to put the economy on a course of growth also bear responsibility.

Creditors also bear responsibility as they turned a blind eye to the debt problem and believed that austerity could remedy the ills of a country with the peculiarities of Greece. The patient may not have died but it resorted to methods such as tax evasion and concealing income which perpetuated the vicious circle.

Despite its old electoral pledges the current government followed the same prescription after having caused 100bn euros in losses during its first six months in office, before the third bailout memorandum.

Its policy kept investors at bay instead of luring them. Hence, even as taxes fell in other OECD countries, they continued to increase in Greece. In the 2016-2017 period, Greece ranked seventh in tax increases globally, but public revenues continued to drop.

The finance ministry now fears that fiscal targets will not be met if employees’ holiday bonuses (two extra monthly salaries annually) are restored in the public sector or if employees are repaid the wages that were cut.

Labour is once again called upon to shoulder the burden of the government’s failures, and that is not exactly what one would call normalcy.

TANEA Team 7 Φεβρουαρίου 2019 | 15:04
Share
Δείτε επίσης
Περισσότερα άρθρα για Αγγλική έκδοση
In times of tensions military service is viewed as a national duty Editorial: Incentives for early military service
An emotional start in taking a position on developments in the region would be catastrophic Editorial: A measured response to Israeli-Palestinian conflict
The alternate interior minister said problems with COVID-19 self-tests will be resolved by the end of May Government poised to abolish mandatory SMD to leave home, working to solve self-test problems
If Syriza believes it can garner political gains with daily political transformations it is sorely mistaken Editorial: Political vertigo
Santander Consumer Finance begins activities in Greece
Evangelos Marinakis: Post-Covid Shipping and the Environment – Green Energy Investments
The US ambassador says Biden has “opened up a new vocabulary of cooperation” with Greece Pyatt see deeper US-Greece strategic ties under Biden administration
The case will be re-tried in the framework now set by the Council of State Bombshell Council of State ruling accepts state’s vaccine side-effect liability
May Day should be honoured with a single march each year Editorial: Unity
Transcending the collective crisis will require leadership and not troublemakers Editorial: Messages
After a six-month shutdown, workers in the restaurant business laid the tables Editorial: The first step
The government has repeatedly said that the existing framework is outdated Battle royal looms over government bill overhauling labour relations, limiting strike action
The labour trade union movement is an invaluable and irreplaceable weapon of workers An urgent need for the rebirth of the trade union movement
Editorial: The pendulum of American politics
The thirty-somethings rushed to be vaccinated for the sake of their families and their friends Editorial: Front-and-centre