Greece's 7.6bn euro primary surplus for the first 11 months of 2018 (about four percent of GDP), was a whopping 2.8bn euros more than the Greek finance ministry's predicted. 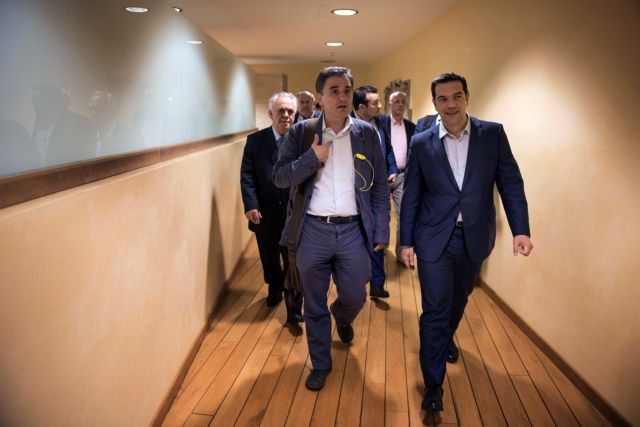 The Financial Times in an article entitled “Greece racks up surplus by keeping foor on brake” was strongly critical of the government’s economic policy because by ignoring investment it is raising obstacles to growth.

Reporting today that a record primary surplus for 2018 is in sight and that Athens in overreaching targets in order to please creditors, it concluded that this is happening to such an extent that one might say Greece is being subjected to more fiscal disciple than is good for the economy.

“Economists fret that the exceptionally high surpluses achieved in 2017 and 2018 are already curtailing potential growth. Much of the out-performance has come from deep cuts in public investment, which would normally be a critical driver for economic growth,” the FT report underlined.

The fiscal data that go through the end of November show that Athens will exceed the fiscal surplus target by a much wider margin than initially projected.

The FT report notes that the 7.6bn euro primary surplus for the first 11 months of 2018 (about four percent of GDP), was a whopping 2.8bn euros more than the Greek finance ministry’s projections.

The report quoted Finance Minister Euclid Tsakalotos as saying that these primary surplus figures cannot continue for long without harming the economy, even though, as he said, they boost Greece’s credibility, for now, in the eyes of creditors.

“It’s not the best strategy to over-perform every year. That would have (negative) consequences for the economy,” Tsakalotos was quoted as saying.

TANEA Team 8 Ιανουαρίου 2019 | 21:13
Share
Δείτε επίσης
Περισσότερα άρθρα για Αγγλική έκδοση
In times of tensions military service is viewed as a national duty Editorial: Incentives for early military service
An emotional start in taking a position on developments in the region would be catastrophic Editorial: A measured response to Israeli-Palestinian conflict
The alternate interior minister said problems with COVID-19 self-tests will be resolved by the end of May Government poised to abolish mandatory SMD to leave home, working to solve self-test problems
If Syriza believes it can garner political gains with daily political transformations it is sorely mistaken Editorial: Political vertigo
Santander Consumer Finance begins activities in Greece
Evangelos Marinakis: Post-Covid Shipping and the Environment – Green Energy Investments
The US ambassador says Biden has “opened up a new vocabulary of cooperation” with Greece Pyatt see deeper US-Greece strategic ties under Biden administration
The case will be re-tried in the framework now set by the Council of State Bombshell Council of State ruling accepts state’s vaccine side-effect liability
May Day should be honoured with a single march each year Editorial: Unity
Transcending the collective crisis will require leadership and not troublemakers Editorial: Messages
After a six-month shutdown, workers in the restaurant business laid the tables Editorial: The first step
The government has repeatedly said that the existing framework is outdated Battle royal looms over government bill overhauling labour relations, limiting strike action
The labour trade union movement is an invaluable and irreplaceable weapon of workers An urgent need for the rebirth of the trade union movement
Editorial: The pendulum of American politics
The thirty-somethings rushed to be vaccinated for the sake of their families and their friends Editorial: Front-and-centre