'Negotiations cannot but be conducted as a continuation of all that was agreed to in Davos. Every negotiation that is conducted with good will is based on the convergences already achieved,' said Kotzias. 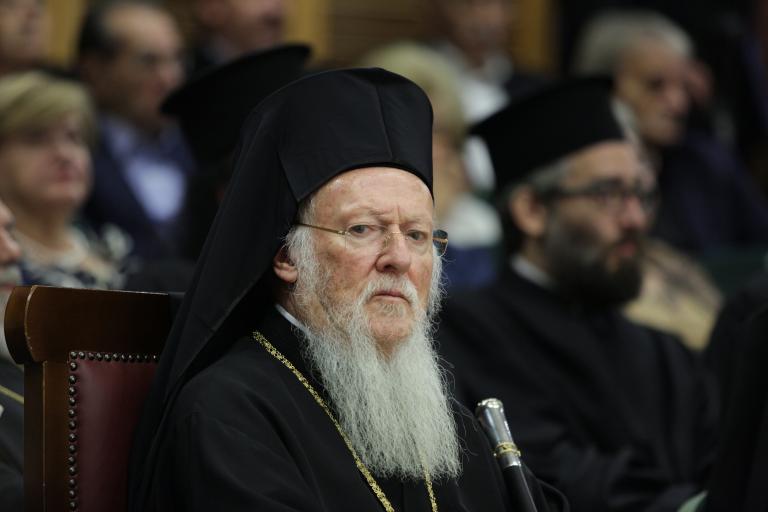 Foreign Minister Nikos Kotzias welcomed a statement by Ecumenical Patriarch Vartholomeos, calling for a measured and clear-minded handling of the FYROM naming issue, by all the parties involved, and at the same time criticised UN envoy Matthew Nimetz for misrepresenting Greece’s position on the issues of identity in the ongoing talks with FYROM.

“The Ecumenical Patriarchate, as the Mother Church of all the Churches of the Balkan peninsula, and on the occasion of discussions regarding the issue of the name of FYROM, calls upon all interested parties to exhibit clear-mindedness and self-restraint, so that this crucial and delicate issue may be addressed peacefully and prudently,” the patriarchal statement read.

In his response, Kotzias thanked the patriarch and at the same time issued a stern warning to UN envoy Matthew Nimetz, who is the UN’s mediator in the talks, not to publicly represent the views of Athens.

Nimetz declared that Athens has not raised the issue of the identity of the citizens of the Former Yugoslav Republic of Macedonia.

The Greek foreign minister’s statement is as follows:

“I salute today the statement of His All Holiness Ecumenical Patriarch Vartholomeos, who with seriousness and a sense of responsibility, and fulfiling the role of the Church, issued a call for clear-mindedness, and self-constraint, so as to address this critical and delicate issue peacefully and prudently.

This evening, I had a lengthy conversation with the Personal Representative of the UN Secretary-General, Mr. Matthew Nimetz, who returned from Skopje. I underlined with clarity and strictly that he is not competent to speak about what the policy of Athens is, or to describe it, and indeed in an erroneous manner.

Based on the briefing I received on the discussions Mr. Nimetz had in Skopje, I expressed with the greatest clarity the position that the negotiations cannot but be conducted as a continuation of all that was agreed to in Davos. Every negotiation that is conducted with good will is based on the convergences already achieved.”

TANEA Team 3 Φεβρουαρίου 2018 | 20:41
Share
Περισσότερα άρθρα για Αγγλική έκδοση
Balances with the Russian side are very delicate and must be maintained Editorial: Composure
'Greece is a significant and wise actor in this part of Europe' Kosovo FM Donika Gervalla–Schwarz: ‘We are not begging for recognition from Greece’
People want answers, persuasive plans, and arguments Editorial: Maturation
The pandemic and citizens’ fears regarding inflation have shocked households Metron Analysis poll: SYRIZA trails New Democracy, KINAL-PASOK skyrockets
It is imperative for the weapons programme to be implemented immediately Editorial: Arrivals
The charges of the victim garnered attention nationwide Editorial: Support
Greece is a peaceful Western country Editorial: Vigilance
Both SYRIZA and PASOK are in a transitional phase Editorial: Changes
Tsipras posts on the social media and frequently as possible Editorial: Obligations
Universities have become a sort of state within the state Editorial: Enough is enough!
Nobody for whatever reason has the right to beat a professor Editorial: Zero tolerance
The shift in America’s priorities should come as no surprise Editorial: Fluidity
We have the weapons, the experience, and obviously the collective will Editorial: Transcending the pandemic
How do you negotiate with Vladimir Putin? Editorial: Dilemma
Editorial: Phenomenon