The only way to partially save the summer season is for Greece to persuade people that it is a safe tourist destination and not to jeopardise the international praise and recognition. 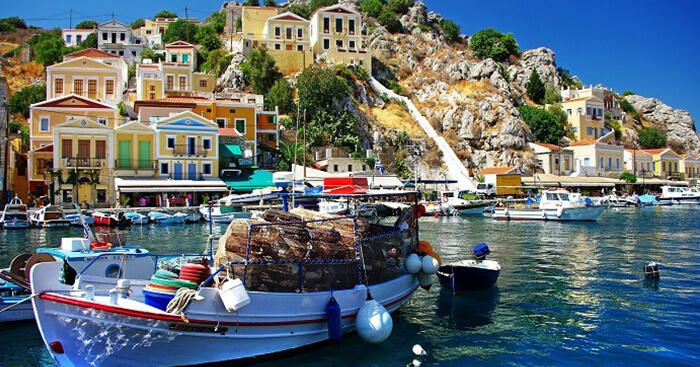 Nobody doubts that Greece will be in recession this year but there is no universal agreement on the full depth of it.

Will Greece lose four percent points of its GDP as the most optimistic projections indicate?

Will it have a ten percentage point plunge as the European Commission projects or even worse as some predict?

The response of the Greek economy will be judged largely by the results of tourism this year and next.

If the sector has some movement the recession can be limited, but if it is a dead summer for tourism the loss will be much greater and the repercussions on the whole of the economy will be much more serious.

This is anything but a numbers game

Every percentage point in GDP is hugely valuable in the fight to fend off a devastating blow to the labour market and to the economy more generally.

It is of vital importance to swiftly restart the Greek tourism industry.

One cannot even dream of the record numbers of tourists in recent years but not a day should be lost.

The only way to partially save the summer season is for Greece to persuade people that it is a safe tourist destination and not to jeopardise the international praise and recognition.

‘Greece: Your safe harbor in troubled waters’ is one possible slogan.

TANEA Team 11 Μαΐου 2020 | 20:32
Share
Δείτε επίσης
Περισσότερα άρθρα για Αγγλική έκδοση
Lindner’s remarks confirm Greece's economic prospects Editorial: Confirmation
When something is repeated frequently, it is not a chance event Editorial: Alarm
There was massive popular participation in the first round of the election Editorial: Wager
This past summer in the US an average of four million people each month resigned Editorial: A different quality of life
We can no longer tolerate violence and lawbreaking Editorial: Toleration of violence at universities must end
A coarse opposition stance is ill-advised Editorial: Seriousness
We have the weapons. We have fine scientists. We have the experience. We can. Editorial: Urgency
There were delays and tragic omissions in offering proper services to patients Positive Voice in a rough terrain: A look back at the history of HIV/AIDS in Greece
Greece has a multi-faceted policy in its foreign relations and that is how it should continue Editorial: Sobriety in foreign relations
We see irresponsible behaviours and an attitude that the virus is no longer with us Editorial: Behaviours
The virus recognises no geographical borders Editorial: Nobody is safe
Delays and foot-dragging have long led even to the denial of justice Editorial: Expediting justice
Erdogan’s insistence on keeping interest rates low led him to fire three central bankers Editorial: Turkey’s lonesomeness
Turkey traditionally exports its domestic crises Editorial: Turkey's domestic, foreign crises
Nobody has the right to deny their share of responsibility in the common effort Editorial: Joining forces to confront the pandemic