As much as one may attribute France’s posture to economic diplomacy or French gentility, one cannot ignore the fact that the pro-investment profile that the government is cultivating provides a strong incentive to foreign investors . 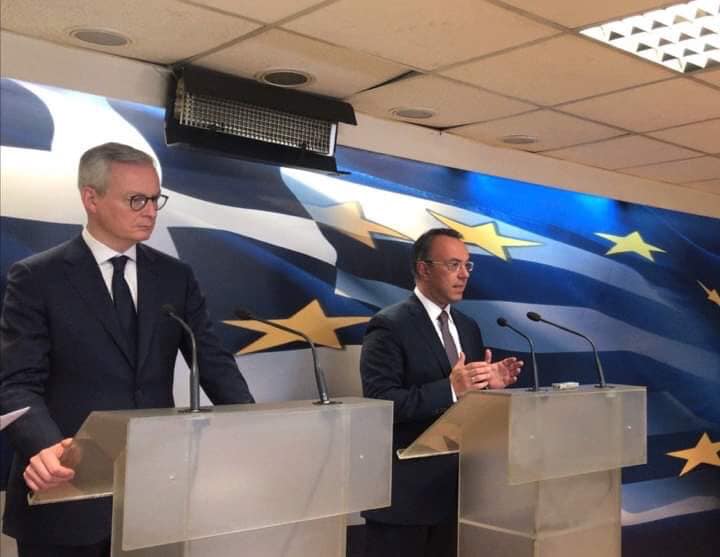 France’s vote of confidence in the Greek economy as expressed by French Economy Minister Bruno Le Maire is the latest good news regarding the government’s ongoing effort to achieve an economic revival.

In a statement to the daily Ta Nea on the occasion of the French-Greek Athens Business Forum Le Maire spoke of plans to intensify French investment in Greece in various sectors, from energy to tourism and infrastructure.

The minister linked his country’s interest in making more investments to the reform programme announced by the Greek government.

As much as one may attribute France’s posture to economic diplomacy or French gentility, one cannot ignore the fact that the pro-investment profile that the government is cultivating provides a strong incentive to foreign investors – as long as a spirit of reform is accompanied by the actual implementation of reforms.

In the economy words can help shape the climate but deeds yield results.

The path of reform activity is still long because the economy still lacks a stable tax framework and is still bedeviled by plenty of bureaucratic red tape.

What is needed is persistence and determination to stay the course in order for the country to clearly establish a pro-investment profile that will make Greece an alluring destination for global investment capital.

TANEA Team 25 Φεβρουαρίου 2020 | 19:59
Share
Δείτε επίσης
Περισσότερα άρθρα για Αγγλική έκδοση
Turkey and Greece are moving in opposite directions Editorial: Turkey's dangerous games
The Ukrainians are fighting on home turf and have very high morale Dinner with Zelensky: the character of a Ukrainian hero
The PM is also mulling a substantial cabinet reshuffle Mitsotakis no longer rules out early elections, possible autumn dates floated
Editorial: A scourge at our schools
When time is of the essence, the government has a duty to act Editorial: It is high time for reforms
Mitsotakis underlined Greece’s crucial geostrategic position PM Kyriakos Mitsotakis’ historic speech to Joint Session of US Congress (full text)
A party without self-criticism and renewal cannot move forward Editorial: Political parties transforming
Greece’s role as an energy hub must be emphasised Editorial: Opportunities
Mitsotakis-Biden talks: Greek-Turkish relations, the war in Ukraine, wayward Turkey’s new role in NATO
It is not in Greece’s interest for Turkey to be isolated or humiliated Editorial: Opportunity
The Marshall Plan prioritised rebuilding export capacity How should a Marshall Plan for Ukraine work?
Drop in COVID-19 deaths - number of infections, intubated patients stable, hospital admissions rise
Policing of universities is an unpleasant but necessary measure Editorial: No excuse
A strict price inspections policy is needed to curb untrammelled price hikes Editorial: Dealing with inflation
Editorial: Axes