The proposed changes will loosen requirements for the release of prisoners serving multiple life sentences, such as N17 terrorists 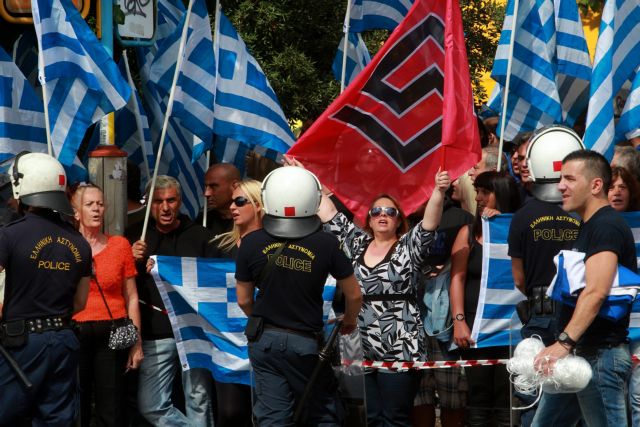 The revelation of the government’s planned changes to the criminal code has stirred an uproar as it allows for shorter sentences for those involved in a criminal organisation – which is the charge that the extreme right Golden Dawn party is being tried on – and makes the use of a Molotov cocktail a misdemeanor.

The proposed changes will also loosen the requirements for the release of prisoners serving multiple life sentences, such as the members of the notorious and now defunct N17 terrorist organisation. That includes the group’s top gun, Dimitris Koufodinas, who is serving 11 life sentences for as many murders, and the Xiros brothers.

Attorney and legal  commentator Sophia Nikolaou who has studied the proposed changes to the criminal code links them to the case of Koufodinas.

“A few days ago we learned that Koufodinas’ seventh furlough application was rejected. One of the reasons according to the judges was that the criminal code does not provide for the release of criminals who are serving multiple life sentences and that therefore they are not eligible for furloughs.”

That rationale is rejected in the proposed change to Article 105B, which would have allowed the Volos Judicial Council to approve Koufodinas’ petition.

“In any event, the draft law states that “the convict can be released if he is serving multiple life sentences and has served 25 years in prison,” Nikolaou stated.

Until now, the law said nothing about prisoners serving multiple life sentences, and the judges that approved Koufodinas’ furloughs interpreted that legal lacuna in the serial murderer’s favour.

The judges in Volos, however, decided that the silence of the law on that issue means that furloughs in such cases are impermissible.

The draft criminal code provision would allow Koufodinas regular furloughs and even an early release from prison.

«Ξυπνάει» η Ευρώπη για το προσφυγικό – Τι αλλαγές φέρνει η κυβέρνηση με την παροχή ασύλου
TANEA Team 13 Μαρτίου 2019 | 16:50
Δείτε επίσης
Περισσότερα άρθρα για Αγγλική έκδοση
The government cannot address the problem of school violence on its own Editorial: Wave of violence
Job creation is the overarching aim so that society can prosper Editorial: Automatic pilot
Right now there must be delicate diplomatic manoeuvres abroad and a solid front domestically Editorial: Consensus
Editorial: Delusions
Editorial: Readiness
It seems that freedom of speech cannot be taken for granted in our country Editorial: Fascism
At last it seems that reason is prevailing over belief and superstition about vaccines Editorial: Sirens
Dialogue must continue to be a basic pillar of Greek foreign policy Editorial: Dialogue
SYRIZA links Oruc Reis incident to Turkey's disputation of Greek sovereignty over Aegean islets
The state is obliged to determine which groups are serving humanistic ideals and which are simply exploiting human misery Editorial: Investigation
Electronic prescriptions a much-needed push toward digital modernisation
Deterring a military clash cannot be the sole objective of foreign policy Editorial: Limits
Editorial: Transparency
On national issues moves that are motivated by personal bitterness are unacceptable Editorial: Salt
The government ran on a platform of standing up for legality Editorial: Blunder