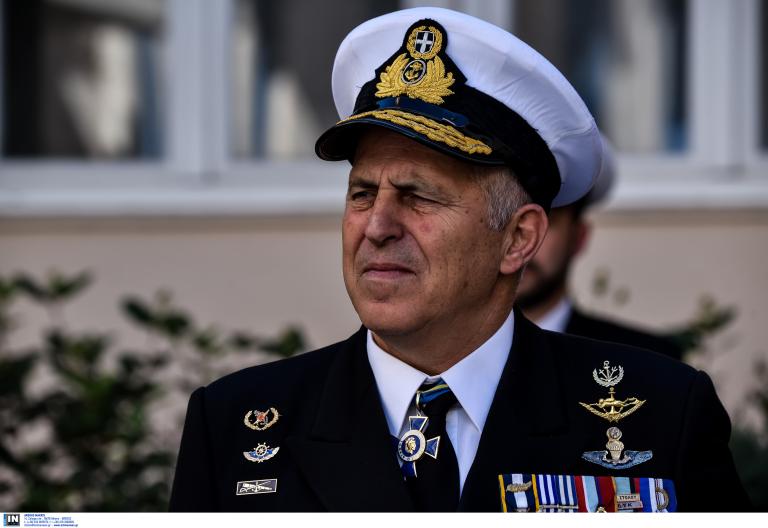 Two Greek military officers who were on patrol in the Evros border region were arrested yesterday by Turkish forces and are to stand trial in Turkey.

The Greek patrol was on the land region near the Evros River, and reportedly veered off course because of bad weather conditions. There was heavy snow and it was difficult to discern the border was the explanation given.

"The interrogation for Lieutenant Aggelos Mitretodis and Sergeant Dimitros Kouklatzis was completed, following which the court remanded them," the Turkish state-run Anadolu wire service reported.

Anadolu cited security sources who, "said the Greek soldiers are facing espionage charges for spying across the border and sending records on their phones to their superiors".

According to the Greek Army General Staff, Greek and Turkish authorities are in contact over the procedures for returning the officers to Greece.

General staff sources described the incident as extremely unusual, and noted that it has been many years since the last similar incident.

The Greek government is attempting to downplay the incident, and the negotiations have been undertaken by the Greek Foreign Ministry and the Greek Embassy in Ankara.

The expectation, based on contacts with the Turkish side is that the trial will be expedited and that the two officers will soon return to Greece.

Government spokesman Dimitris Tzanakopoulos told a news conference today that the Greek and Turkish Chairmen of the Joint Chiefs of Staff have discussed the matter, and he confirmed that they will be tried on charges of illegally entering the country.

“We announce that on Thursday, 1 March, 2018, an army patrol comprised of two Army Officers, in the context of a patrol in the forested border region of Kastania, Evros, due to inclement weather conditions, are said to have been identified by a Turkish patrol in Turkish territory. The competent authorities have taken up the issue. From the first moment, Greek authorities have been in contact with Turkish authorities, and the procedures are underway for their return to Greece. They are in good health and are located in Adrianoupolis (Edirne) in order for the formal procedures to be completed.”

TANEA Team 2 Μαρτίου 2018 | 18:53
Share
Περισσότερα άρθρα για Αγγλική έκδοση
The EU’s adjustment of financial rules has facilitated the situation Editorial: Lessons
Editorial: The conundrum of early elections
It is common knowledge that all political parties seek the vote of Greece’s youth Editorial: Greece’s youth
In a democracy, elections cannot serve as a weapon for prime ministers Editorial: The need for electoral stability
Mitsotakis rules out any prospect of political consensus with SYRIZA
Merkel’s statement should lead us collectively to a rethinking of what happened and not reflexive indignation Editorial: The price of imprudent politics
Self-tests, contact tracing key to safe re-opening of schools Spike in COVID-19 cases expected after schools open next week
The repercussions of these illegal actions are not limited to public health Editorial: A threat to society
September has arrived, but the University Protection Groups did not keep the rendezvous Editorial: Rendezvous
Theodorakis exemplified the sacred and mystical marriage of music and poetry The Greek nation bids farewell to beloved composer Mikis Theodorakis
One must be very careful in making choices that will influence the education of future generations Editorial: The time has come for a bold ‘yes’
Hellenic Statistical Service Staikouras for GDP – Strong recovery confirmed
Destroying a minority: Turkey's September 6-7, 1955 pogrom against the Greeks of Istanbul
Addressing members of his AKP party in Rize, Erdogan accused the opposition of trying to keep Hagia Sophia closed Islamist, nationalist outburst from Erdogan on Hagia Sophia
The issue of food price hikes is decisive for maintaining social cohesion and social peace Editorial: Antidotes