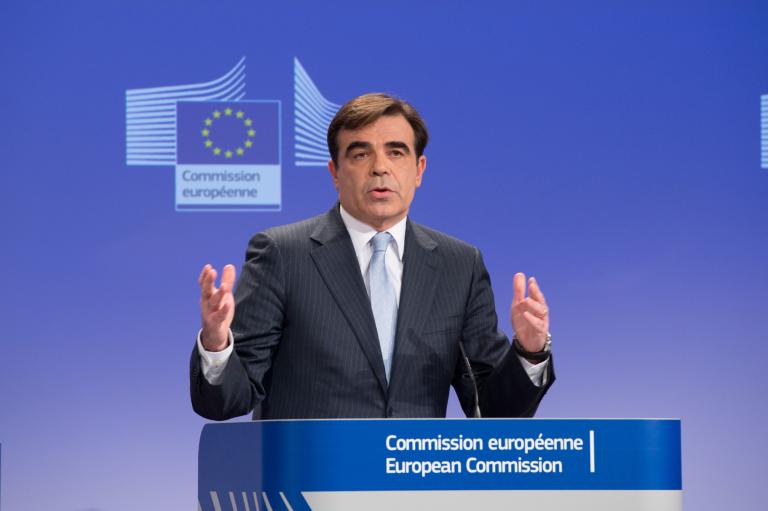 The spokesman for the European Commission, Margaritis Schinas, said today that the Commision is closely monitoring the tensions in the Aegean, and he called on Turkey to commit itself to good bilateral relations with Greece, hours after a Turkish Coast Guard ship rammed an unarmed Greek Coast Guard ship near the Greek rock islets of Imia.

The Greek Coast Ship Gavdos was financed mostly by the EU, so that it may patrol the EU borders.

“We also would like to stress the need to respect the sovereignty of member-states over their territorial sea and airspace, and we’d also like to say that negative statements that damage good neighbourly relations should be avoided.”

Schinas was answering a question at his daily briefing regarding the incident near Imia last night.

TANEA Team 13 Φεβρουαρίου 2018 | 20:49
Share
Περισσότερα άρθρα για Αγγλική έκδοση
There are about six months to go until summer, by which time herd immunity is expected to be achieved Editorial: Pursuing an EU-wide travel certificate
Editorial: Pursuing an EU-wide travel certificate
Small steps are usually the greatest ones. Combined, they lay the groundwork for a new era Editorial: Tax reform
The talks began in 2002, when Pasok's Costas Simitis was PM and George Papandreou was foreign minister Greek-Turkish exploratory talks to resume on 25 January amidst international pressures
The return to normalcy is the greatest challenge confronting the incoming president Editorial: Normalcy
The framework for protests aims to deepen law enforcement while limiting deviant acting out Editorial: Strategy
Editorial: Restart
Editorial: Details
Editorial: The need for stability
Europeans hope to reclaim their lives with huge EU COVID-19 vaccination rollout
Greece begins COVID-19 vaccination with top officials as nearly 10,000 Pfizer vaccines trickle in
Turkey is now for the first time using the economy as leverage to pressure Greece Editorial: Pressure
Under criticism fo delays, European Medicines Agency approves Pfizer COVID-19 vaccine
Editorial: 4,172 reasons to be vaccinated
The pandemic changed many things that we had taken for granted Editorial: Transcending the limits