Editorial: Consensus on managing the pandemic, even at the last minute

The example of vaccination rates in other European countries, such as Portugal, demonstrates with the stark truth of numbers the importance of political consensus. 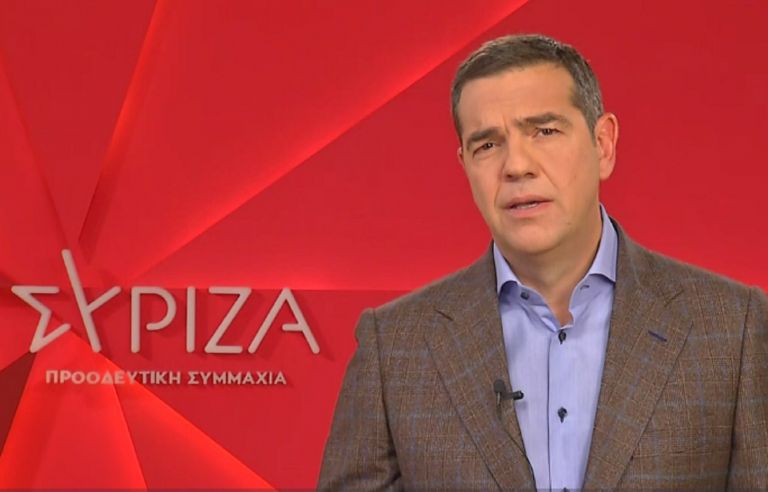 In case anyone has not been convinced during the nearly two years of the pandemic that the interests of political parties are placed above all else, even by those who normally should transcend political skirmishes on such an issue, they were persuaded yesterday.

It was demonstrated in the flow of television programming yesterday, when the prime minister’s address to the nation on new measures to manage the pandemic was followed by the high-pitched, videotaped response of main opposition leader Alexis Tsipras. That image was enough to dispel the last doubts.

The country is paying a high price for this state of affairs. The example of vaccination rates in other European countries, such as Portugal, demonstrates with the stark truth of numbers the importance of political consensus.

In countries where the political system excluded from the management of the public health crisis the daily routine of disputes that aim to increase parties’ polling numbers, public opinion was persuaded more easily of the safety and effectiveness of vaccines.

Even now, at the last minute, it is necessary for the enormous challenge of the pandemic not to be an issue that stirs political confrontation.

It is literally an issue of life and death, and the protection of public health is a common aim.

When one urges parties to find points of convergence, that does not mean that one is asking the main opposition not to play the role bestowed upon it by the Constitution.

Nobody is asking SYRIZA not to criticise the government. One is asking it to do the job assigned to it well, to push the government to speed up the vaccine rollout, and to support vaccination without the slightest reservation.

TANEA Team 19 Νοεμβρίου 2021 | 14:31
Share
Δείτε επίσης
Περισσότερα άρθρα για Αγγλική έκδοση
We have the weapons. We have fine scientists. We have the experience. We can. Editorial: Urgency
There were delays and tragic omissions in offering proper services to patients Positive Voice in a rough terrain: A look back at the history of HIV/AIDS in Greece
Greece has a multi-faceted policy in its foreign relations and that is how it should continue Editorial: Sobriety in foreign relations
We see irresponsible behaviours and an attitude that the virus is no longer with us Editorial: Behaviours
The virus recognises no geographical borders Editorial: Nobody is safe
Delays and foot-dragging have long led even to the denial of justice Editorial: Expediting justice
Erdogan’s insistence on keeping interest rates low led him to fire three central bankers Editorial: Turkey’s lonesomeness
Turkey traditionally exports its domestic crises Editorial: Turkey's domestic, foreign crises
Nobody has the right to deny their share of responsibility in the common effort Editorial: Joining forces to confront the pandemic
Of intubated patients, 83 percent are unvaccinated or partially vaccinated EODY: 105 COVID-19 deaths, 7,287 infections confirmed in the last 24 hours, 608 intubated
We must continue to insist that the state is obliged to be citizen-friendly Editorial: 'Guinness World Record'
Behind Lukashenko stands Putin, who backs and assists him Editorial: European sovereignty
The measures announced are tantamount to an at least partial lockdown on the unvaccinated Mitsotakis announces partial lockdown on unvaccinated citizizens, tougher enforcement
Greece accuses Sanchez of ignoring EU decisions after agreement to sell aircraft carrier to Turkey
Anti-vax lawyer arrested for dissemination of fake news on COVID-19, then released