We cannot afford to have more people doing just as they please and that means that the state must use all the legal means in its arsenal to make it perfectly clear that such behaviour will not be tolerated. 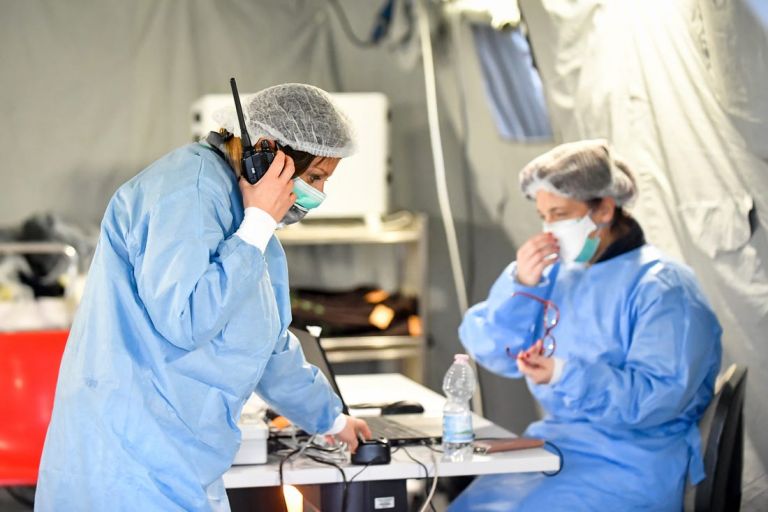 Ta Nea’s editorials have often stressed of late the dangers that will emerge if citizens do not rise to the occasion and exhibit a sense of personal responsibility in dealing with COVID-19.

We have underlined that no health system can deal with a prospective pandemic if the citizenry does not abide by the recommendations of experts, and that a lack of discipline can prove criminal.

The newspaper’s persistent emphasis on this issue has been vindicated by recent events.

After the “resistance” of revelers who defied a ban on carnivals, certain citizens who refused to limit their movements became the new victims of a lack of personal discipline.

They disregarded the public interest which in such cases is identical with public health and reminded us that society can be endangered by the stance and behaviour of just a few irresponsible citizens.

These are people who although they hear and see the nightmarish situation in neighbouring Italy choose to act as if the danger does not affect them at all.

We cannot afford to have more people doing just as they please and that means that the state must use all the legal means in its arsenal to make it perfectly clear that such behaviour will not be tolerated.

Tolerance in the face of such phenomena would give the impression that the state cannot check behaviours that endanger the whole of society.
Such a stance would send the wrong message at a time when the message must be accurate and absolutely clear.

ΕΕ : Στηρίζουμε την Ελλάδα στη διαχείριση της προσφυγικής κρίσης
TANEA Team 10 Μαρτίου 2020 | 23:50
Share
Δείτε επίσης
Περισσότερα άρθρα για Αγγλική έκδοση
Protecting the citizenry is a fundamental objective of contemporary democracies Editorial: Protection
Quite rightly the government in this phase has made public health its top priority Editorial: Priorities
How European Banking Supervision can help fight the economic consequences of the coronavirus outbreak in Europe
The past can teach us valuable lessons today and equip us for the future Editorial: Lessons
Neither the state nor society can wage this battle on their own Editorial: Rallying cry
Editorial: Action
We can be relatively optimistic because at least we got off to a good start in this struggle for survival. Editorial: Optimism
Editorial: Collateral damage
The Greek president reminded the EU of the values that Greece serves and that Europe must not cease serving Editorial: Messages
Greece takes sweeping measures to protect business, labour from coronavirus tempest
EU shuts borders to impede march of 'the enemy' Coronavirus pandemic
There can be absolutely no complacency or laxness in responding to the Coronavirus pandemic Editorial: Uphill battle
Health ministry announces slight rise in Covid-19, over 4,000 test conducted
At this time of crisis one must not enforce rules that were adopted for normal timeS Editorial: Trying times
Greek president takes to Facebook to unify nation in Coronavirus battle, stresses public health guidelines