It would be well if on national issues political forces exhibit the concord, prudence, and maturity which were absent in their handling of the economy. 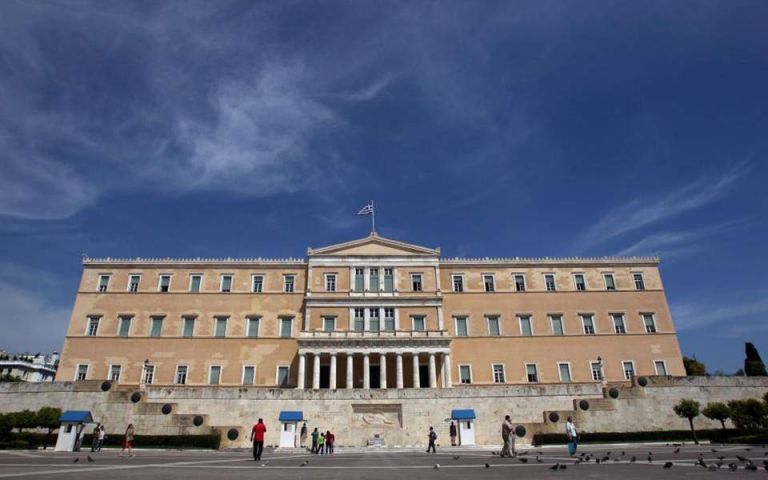 Our country confronted an economic crisis that lasted 10 whole years.

That cycle has closed at long last thanks to the enormous efforts of Greek society.

The political system did not always rise to the occasion.

On the contrary, the stance of certain political parties and their tendency to resort to populism aggravated the problem and increased the economic burden on Greek citizens.

The new decade finds Greece confronted with a series of Turkish provocations that could lead to a new crisis. This time it would be geopolitical in nature.

It would be well if on national issues political forces exhibit the concord, prudence, and maturity which were absent in their handling of the economy.

No Siren of populism will drag them along although there are voices that exploit patriotism. They are few and isolated from the other, democratic parties.

The political system is facing Turkish provocations united and with no desire for petty partisan exploitation.

This responsible stance should be a guide for the future on all major issues that the country faces.

From the economy to national issues, the proper stance is one of responsibility.

As we have seen one crisis may succeed another with no respite.

One does not have the luxury of irresponsible practices and policies in the coming decade.

Unity is a national imperative.

TANEA Team 31 Δεκεμβρίου 2019 | 20:58
Share
Δείτε επίσης
Περισσότερα άρθρα για Αγγλική έκδοση
Santander Consumer Finance begins activities in Greece
Evangelos Marinakis: Post-Covid Shipping and the Environment – Green Energy Investments
The US ambassador says Biden has “opened up a new vocabulary of cooperation” with Greece Pyatt see deeper US-Greece strategic ties under Biden administration
The case will be re-tried in the framework now set by the Council of State Bombshell Council of State ruling accepts state’s vaccine side-effect liability
May Day should be honoured with a single march each year Editorial: Unity
Transcending the collective crisis will require leadership and not troublemakers Editorial: Messages
After a six-month shutdown, workers in the restaurant business laid the tables Editorial: The first step
The government has repeatedly said that the existing framework is outdated Battle royal looms over government bill overhauling labour relations, limiting strike action
The labour trade union movement is an invaluable and irreplaceable weapon of workers An urgent need for the rebirth of the trade union movement
Editorial: The pendulum of American politics
The thirty-somethings rushed to be vaccinated for the sake of their families and their friends Editorial: Front-and-centre
The parliamentary vote on approval of the plan’s implementation is expected before Easter Editorial: Liquidity
Turkey is keenly aware of the fact that there is a new player on the geopolitical chessboard Editorial: A just act
Biden takes historic step to recognise Armenian Genocide
National COVID-19 Committee spokesman explain public health decisions, planning for future