The harsh rhetoric that the Greek side has adopted makes it clear that thuggish behaviour will not be tolerated ad infinitum. 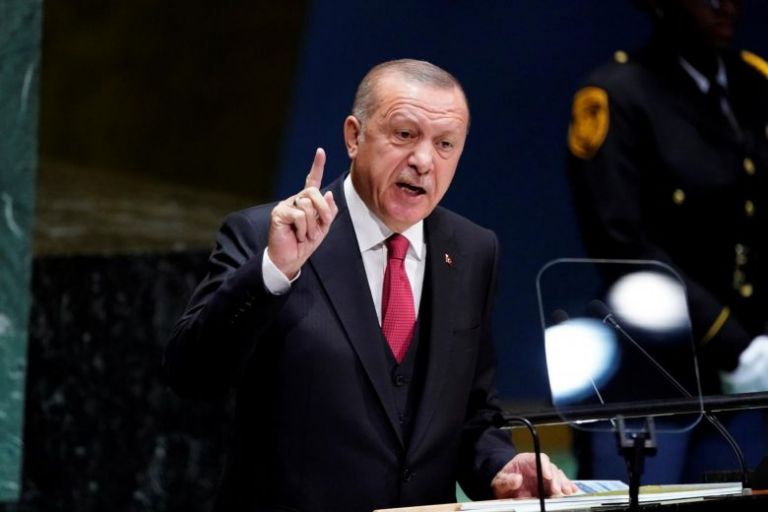 International relations are often based, among other factors, on good will.

It is one thing for good will to be understood as what it is and quite another to interpret it as a sign of weakness. It means putting aside suspicions.

It is a sign of the disposition and will of a country to build a level of trust on which a relationship of good neighbourly relations can be developed.

Our country is moving stably as regards Turkey based on that principle.

Certainly there are differences and problems that need to be solved.

Unfortunately, Ankara appears to be moving in the opposite direction than that of good will and constructive dialogue.

Greece's change of course is consequently the right response to Turkey's stance.

The harsh rhetoric that the Greek side has adopted makes it clear that thuggish behaviour will not be tolerated ad infinitum. Naturally there can be no meetings or negotiations when it is clear a priori they are doomed to failure

One hopes that the message will swiftly be received by the other side and that the rhetoric can be toned town.

This is the only way that Greek-Turkish relations can return to the level of good will.

There is no other way to coexist and there never will be.

TANEA Team 28 Νοεμβρίου 2019 | 20:26
Share
Δείτε επίσης
Περισσότερα άρθρα για Αγγλική έκδοση
Malicious Manzano: A «massacre» for Olympiacos in Velodrome
Editorial: Merkel's disappointment
There is, a pressing need for the state to meet the disaster relief standards that the PM has set Editorial: Accountability
High anxiety in government over potential COVID-19 super spreader event in Patras
Today Greece has the opportunity to draft its own economic roadmap for the future Editorial: Challenge
Marinakis: «The result was clearly distorted – Dräger was fouled before the goal»
It is behind closed doors that the harshest stories of violence against women are hidden Editorial: Silence means sharing the guilt
Fourteen ICU beds, donated by Evangelos Marinakis, Angeliki Frangou and ION S.A. ready for use
SYRIZA in fact was not so eager to create a common front with the left Editorial: Political flirt
It is not too much to ask our political parties to adapt to the new realities Editorial: Time to build consensus
Any back-pedaling on the public health restrictions that have been imposed would be catastrophic Editorial: No to complacency!
Politicians can visit the historic Athens Polytechnic campus to leave a flower, as the PM suggested, or to lay a wreath as the main opposition leader proposed. Editorial: The cost
Perhaps the government could have handled the matter earlier and differently Editorial: Lives must be saved
We must deprive Turkey of its strongest weapon – the element of surprise Editorial: Equation
It is by now clear that Tsipras and Polakis are one and the same politically Editorial: Political cover