There is another incredible resistance by certain doctors and nurses who smoke in hospitals, offering a terrible example and outrageously violating their duties. 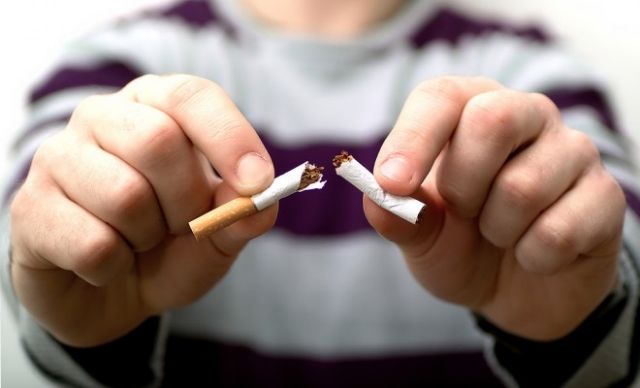 It may not be the government’s paraount aim, yet it is a great personal wager for Prime Minister Kyriakos Mitsotakis

to achieve the faithful and universal implementation of the anti-smoking law.The PM pledged during the recent electoral campaign that he will enforce the law and his health minister appears to be ardent about the issue.

Former Associate Professor of Respiratory Physiology at Athens University Panagiotis Behrakis, an-ex adjuncy professor at Harvard, who was appointed to head the committee on controlling smoking, has immediately signaled that he will not back down on the issue.

Naturally, there will be resistance based on the supposed rights of smokers and on the financial interests of venues the clienteles of which include smokers.Certain provocative politicians will start guerrilla warfare.

Some of them even smoke illegally in Parliament’s cafeteria, as has been the case for decades.

However, sooner or later everyone will be called upon to enforce the law, and Greece will have to fall in line with other civilised countries, where smoking is banned in closed and even in certain open spaces.

Yet, there is another incredible resistance by certain doctors and nurses who smoke in hospitals, offering a terrible example and outrageously violating their duties.

The charges on which Ta Nea reported today are disturbing and there is no room for leniency.

Will smokers exit hospitals, restaurants, and sports fields to smoke?

Yes, that is what they must do.

«Τορπιλίζεται» η ειρήνευση στη Λιβύη – Χαφτάρ και Σάρατζ αναστέλλουν τις συνομιλίες
TANEA Team 7 Αυγούστου 2019 | 22:25
Δείτε επίσης
Περισσότερα άρθρα για Αγγλική έκδοση
Editorial: Pillar
Editorial: Crisis
Government and opposition are skirmishing over the rubble in Mati Editorial: Duty
As it turned out Mega was too big to die Editorial: The return of Mega Channel
The government cannot address the problem of school violence on its own Editorial: Wave of violence
Job creation is the overarching aim so that society can prosper Editorial: Automatic pilot
Right now there must be delicate diplomatic manoeuvres abroad and a solid front domestically Editorial: Consensus
Editorial: Delusions
Editorial: Readiness
It seems that freedom of speech cannot be taken for granted in our country Editorial: Fascism
At last it seems that reason is prevailing over belief and superstition about vaccines Editorial: Sirens
Dialogue must continue to be a basic pillar of Greek foreign policy Editorial: Dialogue
SYRIZA links Oruc Reis incident to Turkey's disputation of Greek sovereignty over Aegean islets
The state is obliged to determine which groups are serving humanistic ideals and which are simply exploiting human misery Editorial: Investigation
Electronic prescriptions a much-needed push toward digital modernisation