One of the basic objectives of Russian President Vladimir Putin has always been to undermine, by any means possible, the European construct by fueling insecurity and tensions. 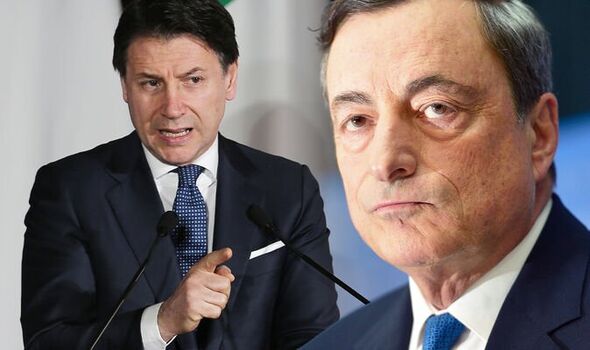 The job that Mario Draghi undertook last year was from the start difficult, if not contradictory.

The government that he formed may theoretically have served “national unity”, but in fact it was held hostage by certain populists who sought to gain time in order to secure a better showing in the next elections.

One of those populists is the leader of the Five Star Movement and former PM Giuseppe Conte, who chose to abstain from yesterday’s confidence vote.

He thus triggered Draghi’s resignation and the ensuing political crisis at a very difficult juncture for Italy, as it places in doubt the passing of the state budget and the push for critical reforms.

In fact, the crisis is yet another repercussion of the Russian invasion of Ukraine, as the basic difference between Conte and Draghi (which brought the splintering of his party) involves the provision of military aid to Kyiv.

After all, one of the basic objectives of Russian President Vladimir Putin has always been to undermine, by any means possible, the European construct by fueling insecurity and tensions.

TANEA Team 15 Ιουλίου 2022 | 22:22
Share
Δείτε επίσης
Περισσότερα άρθρα για Αγγλική έκδοση
Resignations are not enough, nor would a cabinet reshuffle or snap election suffice Editorial: Transparency now!
Citizens seek persuasive solutions to the problems of daily life Editorial: Restoring trust in political parties
Last year in Greece there were 17 femicides Editorial: An urgent wake-up call
Stavros Psycharis never allowed himself to become subjugated. He never censored. Editorial: The death of a journalist
Psycharis He began his long career at the Lambrakis Press in 1972 Renowned journalist, publisher, entrepreneur Stavros Psycharis has died age 77
It is inconceivable for the average citizen to be defenceless amidst major economic trials Editorial: A model programme
Greece now has experience and an enhanced plan of deterrence Editorial Ta Nea: Maintaining composure
'I truly feel that the future of humanity is dark' God at Ground Zero: How a Mount Athos monk fit 9/11 into Byzantine iconography
Hatzidimitriou shattered the stereotype that women are not good at maths Editorial: Worthy role Models
A great reform was necessary but seemed unfeasible0 Editorial: Modernisation of the state
Editorial: The need for an in-depth investigation
Justice delayed is justice denied Editorial: Swift justice
A revival of populism is exploiting the natural anxieties of citizens Editorial: President Katerina Sakellaropoulou's message
Editorial: Mandatory reforestation after the wildfires
The EU is already facing adverse conditions due to the war in Ukraine Editorial: The major crisis the EU faces and the great leap forward