We need actions more than words from Turkey

MANFRED WEBER, president of EPP group in the European Parliament 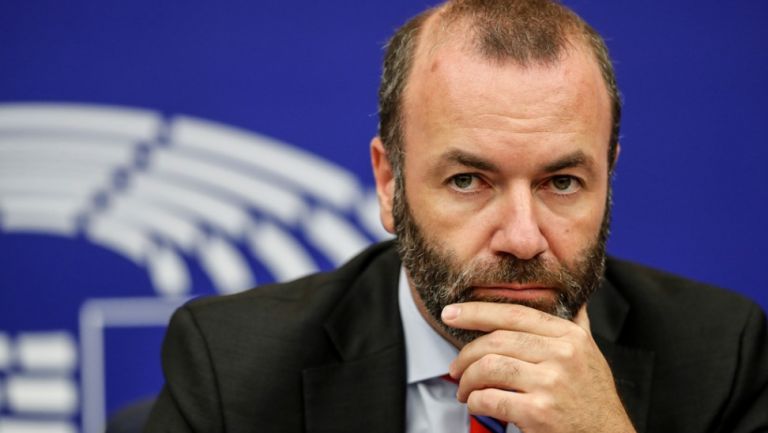 The European Union was constructed on a simple idea, to resolve conflicts at the negotiation table rather than on the battlefield. This idea, which is the foundation of our stability and prosperity. It means that we will continue talking, however long it takes to overcome our divisions. This is possible because in the EU we share values, we live in democracies and we have functioning rule of law.

If we look outside Europe, we quickly see that our way of doing things, our European way of life, is more the exception than the rule. If we look at Turkey in particular, that fundamental difference is clearer than ever. These differences have become so obvious in the last 5 years that it is noteworthy that nobody in Europe is asking for Turkey to become member of the European Union anymore. Not so long ago the EPP was the only political party in Europe to call for an end to the talks.

Now finally the question is not how Turkey should join the EU, but rather how do we move from Membership talks that will never succeed, to another kind of dialogue. Its geographic location, its population size and its membership of NATO argue in favour of close cooperation between Europe and Turkey, even of strategic partnership. However, despite our most patient and constructive efforts, we have been disappointed too many times.

The year 2020 was not only a year of the horrible pandemic, it also marked a definitive shift to the militarisation of Turkey’s foreign policy. The involvement in Libya with military supplies and fighters, the military incursions into Syria and northern Irak, its supplies of weapons and fighters to Azerbaijan in its war against Armenia to name just a few. Arguably we haven’t witnessed such mobilisation of its military outside of Turkey since the end of the Ottoman empire.

The militarisation of its external relations has also been more than evident in relation to Europe. The Greek land-border was unsuccessfully attacked by thousands of people with the active involvement of the security forces, and in the east Mediterranean Turkey has mobilised its navy to attack and harass the Greek navy and trample on the sovereign rights of the Republic of Cyprus.

In the face of the escalation of Turkey’s foreign policy, Europe has remained patient and constructive. In my view the time of words has long since passed. We have not forgotten that the research vessel, the Oruc Reis, was called back to port from its illegal activities on several occasions only to prevent the EU from activating sanctions. The frustration with Turkey’s behaviour has reached breaking point. Under the leadership of Kyriakos Mitsotakis, the leaders of 27 Member States adopted the harshest conclusions on Turkey to date, including the preparation of sanctions. We argue more sanctions are needed to show our determination to stand our ground.

The renewed effort to restart the talks between Greece and Turkey should be viewed in this broader context. This means, in my view, that the talks should be extremely precise and concrete. What we expect from Turkey is that they finally sit down to resolve the questions of the Continental Shelf and Exclusive Economic Zone of the two countries. Greece has made multiple proposals, including referring the case to legal arbitration, which have regrettably been left unanswered. We will not accept the talks to become a public relations exercise for Turkey, nor should Turkey be allowed to leverage its military threats to other issues. Greece has our full support in this regard. If Ankara is serious about conflict resolution, we need concrete actions more than words.

TANEA Team 23 Ιανουαρίου 2021 | 15:49
Share
Περισσότερα άρθρα για Αγγλική έκδοση
We citizens are not keeping our side of the public health bargain Editorial: Keys
Over 2.5 million people all over the world – of whom 6,400 of our fellow-citizens – have lost their lives Editorial: One year later
The inability of competent authorities to communicate Editorial: Commitments
José Manuel Campa Banks need to actively manage new NPLs
Turkey’s policy is dictated largely by the major domestic problems Editorial: Remaining dedicated to dialogue
The speediest possible issuance of pensions reflects the quality of social cohesion. Editorial: Pending issues
The EU bureaucracy has proven dangerously slow Editorial: Certificate
In Myanmar coup response, Biden approves order for sanctions on generals, businesses
Yellen says Treasury will fight misuse of cryptocurrencies, foster innovation