The leadership of the justice ministry had pre-announced the prosecution of politicians stemming from the Novartis scandal. Another minister told a SYRIZA party organ that “some people have to be put in jail for us to win the elections.” 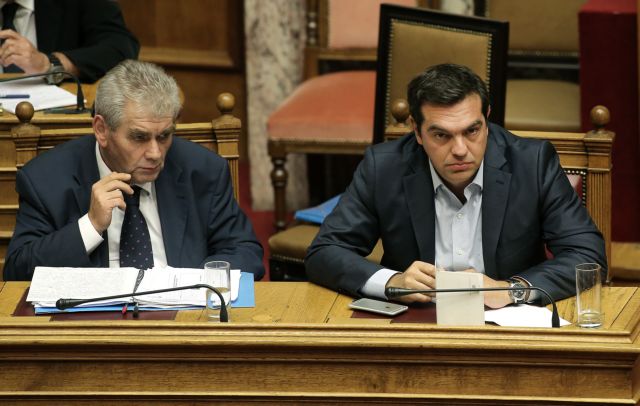 The political instrumentalisation of judicial cases does not do a service to democracy. Unfortunately, the SYRIZA-Independent Greeks government succumbed to the temptation.

On the contrary, its promise to abolish the bailout memorandum with one article in one law was not merely vacuous, but in fact led to a new bailout memorandum. What was left to bank on was the war with the supposed “old system”, against which those in power have issued a blanket condemnation on grounds of corruption.

There are many indicative examples. The leadership of the justice ministry had pre-announced the prosecution of politicians stemming from the Novartis scandal. Another minister told a SYRIZA party organ that “some people have to be put in jail for us to win the elections.”

Associates of the former corruption prosecutor said that someone in the government, who is described as “Rasputin”, and is charged with employing the methods of a “pimp”, exerted pressures on her to launch prosecution in cases with insufficient evidence, and would say, “You prosecute, and let them go on to be acquitted.”

All this points to the fact that the PM’s office is employing a method of political survival, which even the US President appeared to understand is only deleterious.

“For example, those engaged in the political arena must stop treating political opponents as unethical,” he said, in reference to the explosive devices that reached a number of Democrat politicians.

The Greek Prime Minister, for his part, insists on this dangerous generalisation, as was made clear by the remarks of his government spokesman.

By serving the populist and anti-political slogan “Everyone is on the take”, he is erring on many levels, because when you cultivate disdain for the entire political system, it is certain that such a generalisation will one day come along and knock on your own door.

TANEA Team 27 Οκτωβρίου 2018 | 20:03
Share
Δείτε επίσης
Περισσότερα άρθρα για Αγγλική έκδοση
In times of tensions military service is viewed as a national duty Editorial: Incentives for early military service
An emotional start in taking a position on developments in the region would be catastrophic Editorial: A measured response to Israeli-Palestinian conflict
The alternate interior minister said problems with COVID-19 self-tests will be resolved by the end of May Government poised to abolish mandatory SMD to leave home, working to solve self-test problems
If Syriza believes it can garner political gains with daily political transformations it is sorely mistaken Editorial: Political vertigo
Santander Consumer Finance begins activities in Greece
Evangelos Marinakis: Post-Covid Shipping and the Environment – Green Energy Investments
The US ambassador says Biden has “opened up a new vocabulary of cooperation” with Greece Pyatt see deeper US-Greece strategic ties under Biden administration
The case will be re-tried in the framework now set by the Council of State Bombshell Council of State ruling accepts state’s vaccine side-effect liability
May Day should be honoured with a single march each year Editorial: Unity
Transcending the collective crisis will require leadership and not troublemakers Editorial: Messages
After a six-month shutdown, workers in the restaurant business laid the tables Editorial: The first step
The government has repeatedly said that the existing framework is outdated Battle royal looms over government bill overhauling labour relations, limiting strike action
The labour trade union movement is an invaluable and irreplaceable weapon of workers An urgent need for the rebirth of the trade union movement
Editorial: The pendulum of American politics
The thirty-somethings rushed to be vaccinated for the sake of their families and their friends Editorial: Front-and-centre