The confidence-building measures include a wide array of activities with Turkey, ranging from bilateral contacts to visits by officials and military exercises 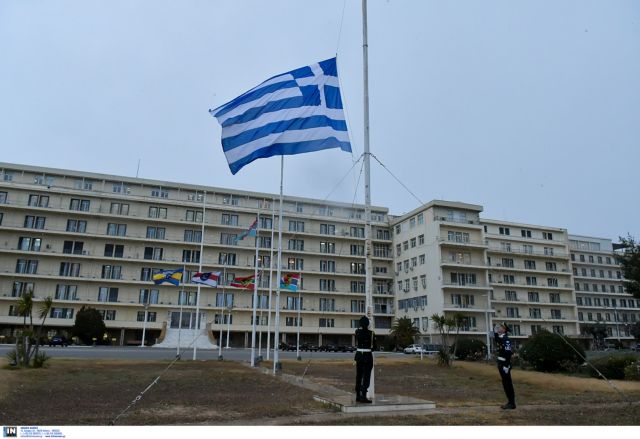 The General Staff of the Greek Armed Forces has decided to indefinitely suspend confidence-building measures with Turkey.

The move comes at a time that Turkey continues to maintain an intransigent stance on the return of two captured Greek army officers, who have spent over five months in a maximum security Turkish prison without charges having been filed.

The move is also linked to Ankara’s continuing provocations in the Aegean.

The Greek government has recently been examining ways to increase the pressure on Turkey to release the two Greek officers, Angelos Mitretodis and Dimitris Kouklatzis.

The confidence-building measures include a wide array of activities with Turkey.

These range from bilateral contacts to visits by officials and military exercises.

There was also an agreement that Greece and Turkey would respect each other’s major religious holidays, and refrain from major military manoeuvres during these periods.

That agreement, however, has been repeatedly violated by Ankara.

TANEA Team 13 Αυγούστου 2018 | 20:01
Share
Δείτε επίσης
Περισσότερα άρθρα για Αγγλική έκδοση
Mitsotakis underlined Greece’s crucial geostrategic position PM Kyriakos Mitsotakis’ historic speech to Joint Session of US Congress (full text)
A party without self-criticism and renewal cannot move forward Editorial: Political parties transforming
Greece’s role as an energy hub must be emphasised Editorial: Opportunities
Mitsotakis-Biden talks: Greek-Turkish relations, the war in Ukraine, wayward Turkey’s new role in NATO
It is not in Greece’s interest for Turkey to be isolated or humiliated Editorial: Opportunity
The Marshall Plan prioritised rebuilding export capacity How should a Marshall Plan for Ukraine work?
Drop in COVID-19 deaths - number of infections, intubated patients stable, hospital admissions rise
Policing of universities is an unpleasant but necessary measure Editorial: No excuse
A strict price inspections policy is needed to curb untrammelled price hikes Editorial: Dealing with inflation
Editorial: Axes
Ta Nea has repeatedly called for decisive action Editorial: University police force plan on the back burner
Everything depends on how the social media are used Editorial: Words
SYRIZA’s gains in 2012 were a Pyrrhic victory. Editorial: Populism
There will be a 600 euro cap on the rebate Amidst uproar over skyrocketing energy costs, Mitsotakis announces rebates for households
This is the 12th anniversary of the deadly arson attack Editorial: Radio silence