The Office of the Prime Minister has avoided taking a stand on the works and days of an individual who is in Mr. Tsipras’ circle and who even struck jovial poses pretending to be the PM in a photo in Maximos’ Mansion 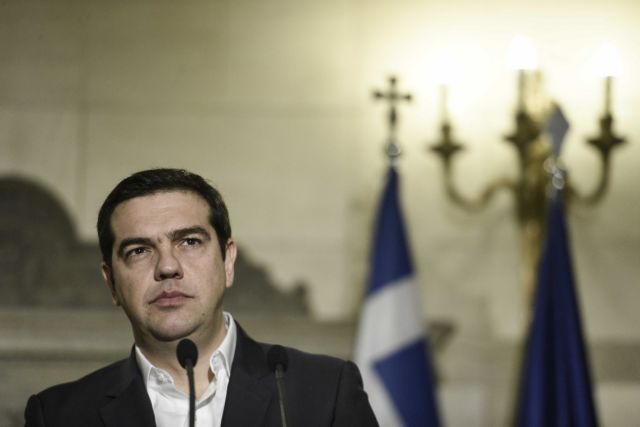 Under Mr. Tsipras, the PM’s office has been exceptionally loquacious. With non-papers and official statements it expresses its views on a wide variety of issues, often with language not befitting the office that he holds.

This time however, the Office of the Prime Minister has avoided taking a stand on the works and days of an individual who is in Mr. Tsipras’ circle and who even struck jovial poses pretending to be the PM in a photo in Maximos’ Mansion, the official residence of the PM which now houses only his offices.

The pose in and of itself demonstrates a familiarity with the PM that the average Greek citizen does not have. The meteoric rise of this person casts a heavy shadow on the inner core of the government.

For these and other reasons, Mr. Tsipras’ office must provide answers – not primarily to the opposition which justly demands answers, nor to the media which uncovered this apparently foul affair, but to the citizens, to whom any government is constantly accountable.

Moreover, it must respond in a manner that befits its institutional role, because cheap bravado in this case will demonstrate that the disrespectful poses, the tone of street talk, and the odd routes are not the exception but the rule.

TANEA Team 11 Δεκεμβρίου 2018 | 14:00
Share
Δείτε επίσης
Περισσότερα άρθρα για Αγγλική έκδοση
Unrepentant, Tsipras unleashed charges against the government and announced handouts Editorial: A return to the past
The country is in great need of stability., not electoral surprises Editorial: Normalcy
The EU’s adjustment of financial rules has facilitated the situation Editorial: Lessons
Editorial: The conundrum of early elections
It is common knowledge that all political parties seek the vote of Greece’s youth Editorial: Greece’s youth
In a democracy, elections cannot serve as a weapon for prime ministers Editorial: The need for electoral stability
Mitsotakis rules out any prospect of political consensus with SYRIZA
Merkel’s statement should lead us collectively to a rethinking of what happened and not reflexive indignation Editorial: The price of imprudent politics
Self-tests, contact tracing key to safe re-opening of schools Spike in COVID-19 cases expected after schools open next week
The repercussions of these illegal actions are not limited to public health Editorial: A threat to society
September has arrived, but the University Protection Groups did not keep the rendezvous Editorial: Rendezvous
Theodorakis exemplified the sacred and mystical marriage of music and poetry The Greek nation bids farewell to beloved composer Mikis Theodorakis
One must be very careful in making choices that will influence the education of future generations Editorial: The time has come for a bold ‘yes’
Hellenic Statistical Service Staikouras for GDP – Strong recovery confirmed
Destroying a minority: Turkey's September 6-7, 1955 pogrom against the Greeks of Istanbul