The climate that the PM and his junior coalition partner have cultivated is a far cry from political stability. 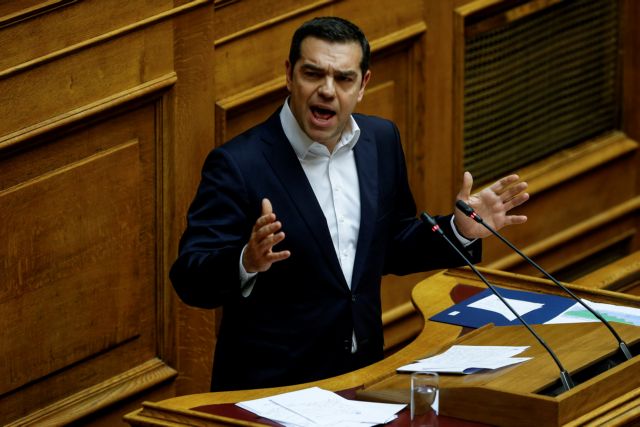 Ever since he came to power Prime Minister Alexis Tsipras has declared his devotion to stability. His main argument is that early elections will undermine political stability which the economy so desperately needs.

As main opposition leader, however, he was persistently demanding elections and finally triggered them by using the parliamentary election of the President to dissolve Parliament, for lack of the requisite enhanced majority.

The argument is unfounded, and not only because for years he did not do much to ensure political stabillity and consequently economic stability when he was seeking power.

The climate that the PM and his junior coalition partner have cultivated is a far cry from political stability. On the contrary, political uncertainty predominates resulting in the entrapment of and threat to the economy, as Mr. Tsipras would concede.

The responsibilities of the government are not unclear. The basic cause is that the PM and his partner are conducting politics based on their personal interests.

They have become entangled in a vicious circle of mutual aid and then undermining each other, with the sole aim of extending their stay in power. One sees on a daily basis that not even the economy or national issues are placed above self-interest.

Such behaviour is not political, but rather the result of pure opportunism, to which the entire country falls victim in the end.

Messrs. Tsipras and Kammenos can no longer ignore this, as anxious as they may be to tend to their personal interests.

Επιδότηση έως 85% για... πράσινα σπίτια - Ολο το πρόγραμμα
TANEA Team 12 Ιανουαρίου 2019 | 22:52
Share
Δείτε επίσης
Περισσότερα άρθρα για Αγγλική έκδοση
Olympiacos FC statement
Greece’s success in securing its interests at the EU summit shows the way Editorial: Opportunity
Ever since Syriza lost the July, 2019, elections it has appeared unable to adjust to its new role as main opposition party Editorial: Shoestrings
Why Russia? The answer is quite simple for those in the know  Hagia Sophia, Turkey, Russia and the West
Lights of hope: From Olympiacos Piraeus to the World
To continue to confront the coronavirus successfully one needs a combination of state care and individual responsibility Editorial: Time
Britain’s Ocado sees retail sales soar 27% in lockdown half
Blinded by power the Syriza-Independent Greeks thought they could rule without constitutional checks Editorial: Paying the piper