Let the PM do what is necessary to regain the trust of creditors and investors, with the knowledge that this will not include drums and packages of handouts 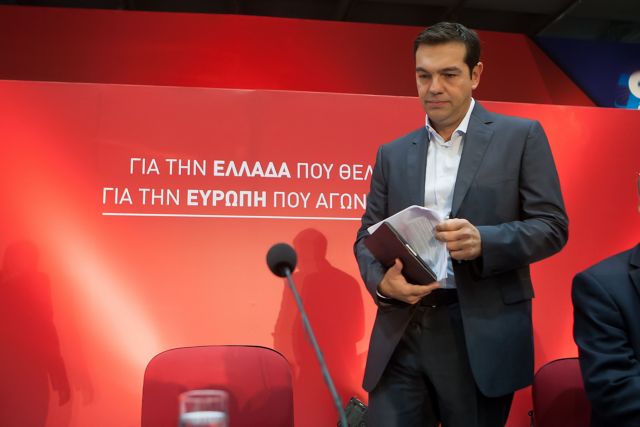 When in 2014 the current prime minister and then opposition leader Alexis Tsipras was declaring that “we will beat the drums and the markets will dance (to our tune)”, he was still in the period when he was, as he confessed, labouring under self-deceptions.

Four years later, the fateful mistakes for which Greek citizens paid dearly have not become a lesson to him. When the drums of handouts are beating, the markets are hardly dancing. Instead, they are reacting in a manner that can bring the Greek economy to the edge of the abyss.

The SYRIZA- Independent Greeks government is shutting its eyes to the ominous signals. The prime minister appears to have nothing on his mind except for the package of handouts that he will announce at the Thessaloniki International Fair, in an effort to achieve a rebound in opinion polls.

The mere suspicion that this package constitutes a reneging on all the measures to which the PM has agreed, has driven up borrowing interest rates. That, in turn, renders a return to the markets prohibitive, which could result in being subjected to a new bailout memorandum.

This time, the prime minister cannot say that he did not know. He cannot claim once again that he fell victim to his own self-deception.

“They will not be able to play the zourna (type of oboe) and make us dance,” Tsipras had assured citizens back then.

Let him not dance then, but at least he should do what is necessary for the government to regain its credibility.

Let him do what is necessary to regain the trust of creditors and investors, with the knowledge that this will not include drums and packages of handouts.

TANEA Team 6 Σεπτεμβρίου 2018 | 14:18
Share
Δείτε επίσης
Περισσότερα άρθρα για Αγγλική έκδοση
The US-Greece relationship is based on mutual respect Editorial: American vote of confidence in Greece
Turkey and Greece are moving in opposite directions Editorial: Turkey's dangerous games
The Ukrainians are fighting on home turf and have very high morale Dinner with Zelensky: the character of a Ukrainian hero
The PM is also mulling a substantial cabinet reshuffle Mitsotakis no longer rules out early elections, possible autumn dates floated
Editorial: A scourge at our schools
When time is of the essence, the government has a duty to act Editorial: It is high time for reforms
Mitsotakis underlined Greece’s crucial geostrategic position PM Kyriakos Mitsotakis’ historic speech to Joint Session of US Congress (full text)
A party without self-criticism and renewal cannot move forward Editorial: Political parties transforming
Greece’s role as an energy hub must be emphasised Editorial: Opportunities
Mitsotakis-Biden talks: Greek-Turkish relations, the war in Ukraine, wayward Turkey’s new role in NATO
It is not in Greece’s interest for Turkey to be isolated or humiliated Editorial: Opportunity
The Marshall Plan prioritised rebuilding export capacity How should a Marshall Plan for Ukraine work?
Drop in COVID-19 deaths - number of infections, intubated patients stable, hospital admissions rise
Policing of universities is an unpleasant but necessary measure Editorial: No excuse
A strict price inspections policy is needed to curb untrammelled price hikes Editorial: Dealing with inflation