Citizens are tired of political cockfights. They seek solutions for a host of problems in their daily lives, with the pandemic and inflation topping the list. 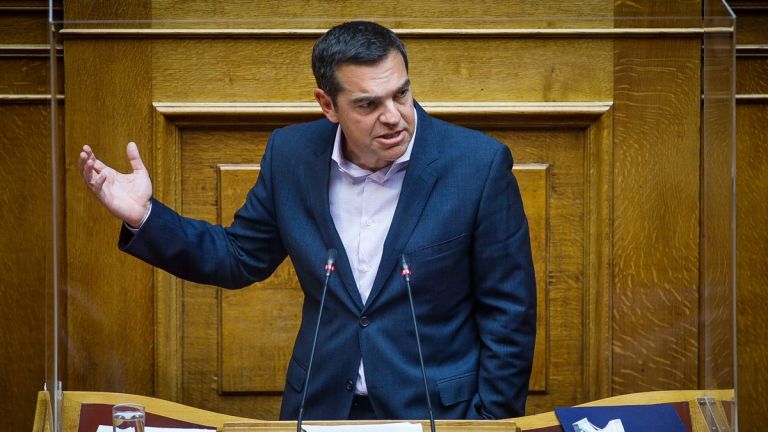 The truth be told, no one expected the three-day parliamentary debate on SYRIZA leader Alexis Tsipras’ no confidence motion to lead to political developments - the fall of the government and a general election.

Not even Tsipras’ most loyal party cadres believed that.

On the contrary, what transpired in Parliament from Friday until yesterday evening was exactly what everyone expected.

Frontal attacks and verbal extremities were once again predominant in Parliament and were reminiscent of the bad and unfortunately very recent past.

Citizens are tired of political cockfights. They seek solutions for a host of problems in their daily lives, with the pandemic and inflation topping the list.

The entire political system – government and opposition – have a duty to at long last take citizens’ demands seriously.

The only thing the public now wants is proposals, not rhetorical flourishes.

Extremely few proposals were made during the parliamentary debate.

As of today, however, politicians from all segments of the political spectrum must table their proposals, if they have any.

Citizens are mature enough to consider such proposals and to judge which ones are realistic and most in their interest.

TANEA Team 31 Ιανουαρίου 2022 | 19:13
Share
Δείτε επίσης
Περισσότερα άρθρα για Αγγλική έκδοση
Athens' objective was to avert concessions that might affect Greek interests Greece, Turkey declare their satisfaction with results of NATO summit
What is at stake is the strategic depth of the Alliance Editorial: A crucial NATO summit
European supervised drug consumption sites have been an inextricable part of drug treatment Editorial: The first step
The overturning of Roe v. Wade turns the clock back 50 years for American women. Editorial: Back and forth
Thymios' statement - “I no longer trust people.” – is a punch in the gut. Editorial: A punch in the gut
Editorial: Audits of politicians' wealth
Mario Draghi has a prominent position in the EU architecture Editorial: Alliance
After a certain point, the necessary caution is a matter of personal responsibility Editorial: COVID-19 and personal responsibility
Extremists still constitute a threat Editorial: Threat
A consciously responsible stance is needed Editorial: Maintaining COVID-19 alertness
The late PM Constantine Karamanlis famously said, 'We belong to the West' Editorial: Contradictions
The end of EU enhanced fiscal supervision signals the exit from the tunnel Editorial: Breakthroughs
Head of Greek Pomaks’ Association rips into Erdogan’s revisionist expansionism
All Greek governments since Andreas Papandreou's demanded the return of the Marbles Osborne: ‘Deal to be done’ on sharing Parthenon Marbles
All efforts toward a radical resolution of the refugee problem have failed Editorial: The end does not justify the means