Citizens who voted the current government into office in 2019 seriously took into account the commitment of the ruling party’s leader that he could ensure a return to normalcy, and normalcy entails stable electoral cycles. 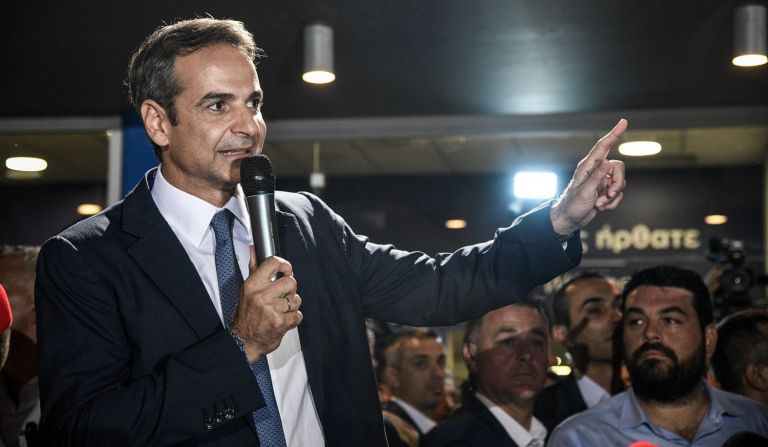 Over the last week there has been rampant talk of snap elections, even though Prime Minister Kyriakos Mitsotakis emphatically denied the scenarios, declaring that such political tactics are not his wont.

Those who were not convinced argue that the 3.5bn euro economic package the PM announced last week indicates that at the back of the PM’s mind is the prospect of seeking a fresh mandate before the end of his term.

Their rationale is that in the past it was the practice of Greek prime ministers to pave the way to elections with generous handouts to voters, and history bears that out.

The country, however, is in great need of stability. It does not need electoral surprises.

Moreover, opinion polls do not indicate that the public either directly or indirectly wants snap elections.

Citizens who voted the current government into office in 2019 seriously took into account the commitment of the ruling party’s leader that he could ensure a return to normalcy, and normalcy entails stable electoral cycles.

The decade of the debt crisis, which was marked by continuous instability and repeated elections, is a thing of the past that we should leave behind for good and which a majority of public opinion does not want to see repeated.

The government, therefore is obliged to disburse the “social dividend” that it has promised, and proceed with implementing the reforms on the basis of which it was elected. It must manage the problems that exist in the daily lives of citizens, as must anyone who rules.

At the end of the government’s four-year term, voters will decide whether it succeeded in its work or not.

That is what the Constitution provides for under normal conditions, and the government has asserted that current conditions are normal.

TANEA Team 19 Σεπτεμβρίου 2021 | 23:49
Share
Δείτε επίσης
Περισσότερα άρθρα για Αγγλική έκδοση
If the pandemic is checked, we can hope for much better days Editorial: Turning point for Europe
Record-breaking over-subscription for CPLP bond issue
We have a duty to ensure for families a network of protection in our schools. Editorial: Maintaining balances
We have the power to leave behind this unprecedented crisis. Editorial: Exiting the pandemic
Mitsotakis – Sisi meeting – Emphasis on energy and defense
What Seismologist Lekkas says Strong earthquake 6.1 Richter off Karpathos
Editorial: Attention must be paid
The European Union’s internal market had completely eliminated internal borders Op-ed: Fortress Europe?
The letter stresses US support for Athens’ dialogue with its neighbours Blinken underlines US ‘respect for sovereignty and territorial integrity’ in letter to Mitsotakis
The strategic dialogue was launched in Washington in December, 2018 US-Greece strategic dialogue covers all levels of bilateral, regional, international cooperation
The main duty of the state is to protect the lives and property of citizens Editorial: Prevention
Cyprus to brief permanent members of UN Security Council on Turkey's moves to re-open Varosha
She is a bright example of a politician who fearlessly and boldly is confronting her new challenge Editorial: Fofi, stand strong!
The enormous August wildfires prepared us for the fires of the future Editorial: Everything must come to light
We must discuss solutions refugees may provide for the productive process Editorial: Contributing to society