Severe domestic problems and international pressures on Turkey’s president have led to erratic actions, including dangerous games in the Aegean and the Eastern Mediterranean. 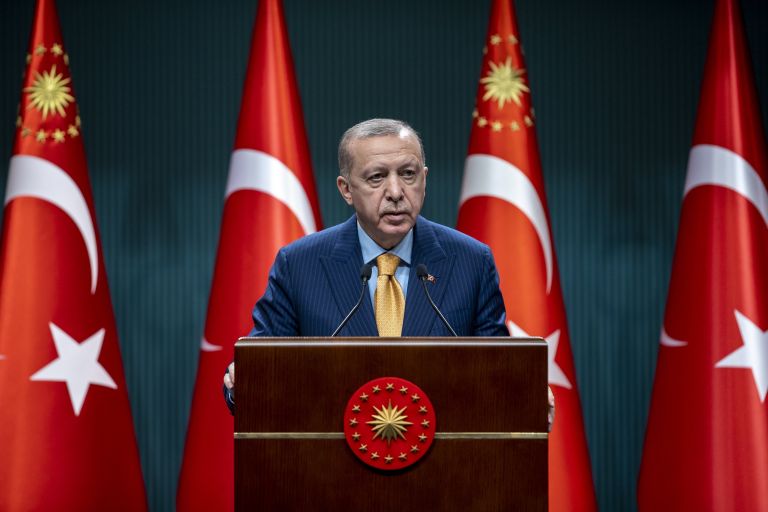 A few days ago in an address to his parliamentary group Turkish President Recep Tayyip Erdogan abandoned any semblance of diplomacy and unleashed an attack on PM Kyriakos Mitsotakis.

Many found it odd that Mr. Mitsotakis did not pick up the gauntlet and did not respond in kind.

Judging from the result, he was right not to react.

The threats toward Greece are not directed mainly at Athens, especially at a moment when the election of US President Joe Biden has changed Ankara’s international alliances.

Just as we must not be easily excited every time Turkey makes a positive step forward, so too we must not be disappointed when Ankara takes a step backwards.

Turkey’s policy is dictated largely by the major domestic problems with which Erdogan is confronted – from inflation and unemployment to the rise in the price of bread (a whopping 16 percent hike in Istanbul).

These issues along with the international pressures on Turkey’s president have led to erratic actions, including dangerous games in the Aegean and the Eastern Mediterranean.

The announcement of research to be carried out in the Northern Aegean by the Turkish vessel “Cesme” is nothing more than an effort to get Greece to answer in the same manner so that both sides will share the blame for not reaching an understanding.

The Greek side must remain devoted to its line, ring the alarm bells when necessary, and come to the table of exploratory talks with determination.

TANEA Team 17 Φεβρουαρίου 2021 | 22:04
Share
Δείτε επίσης
Περισσότερα άρθρα για Αγγλική έκδοση
The overturning of Roe v. Wade turns the clock back 50 years for American women. Editorial: Back and forth
Thymios' statement - “I no longer trust people.” – is a punch in the gut. Editorial: A punch in the gut
Editorial: Audits of politicians' wealth
Mario Draghi has a prominent position in the EU architecture Editorial: Alliance
After a certain point, the necessary caution is a matter of personal responsibility Editorial: COVID-19 and personal responsibility
Extremists still constitute a threat Editorial: Threat
A consciously responsible stance is needed Editorial: Maintaining COVID-19 alertness
The late PM Constantine Karamanlis famously said, 'We belong to the West' Editorial: Contradictions
The end of EU enhanced fiscal supervision signals the exit from the tunnel Editorial: Breakthroughs
Head of Greek Pomaks’ Association rips into Erdogan’s revisionist expansionism
All Greek governments since Andreas Papandreou's demanded the return of the Marbles Osborne: ‘Deal to be done’ on sharing Parthenon Marbles
All efforts toward a radical resolution of the refugee problem have failed Editorial: The end does not justify the means
France's centrist forces are rallying behind President Emmanuel Macron Editorial: The political centre
The Germans are returning, this time not to impose their will but to cooperate Editorial: Greece as a bridge between Western Balkans, EU
The demographic crisis must be managed swiftly Editorial: Demographic crisis