«The devastating floods that we have seen are consistent with an increase in extreme weather events due to climate change,» said Liu Junyan, a campaigner with Greenpeace East Asia. 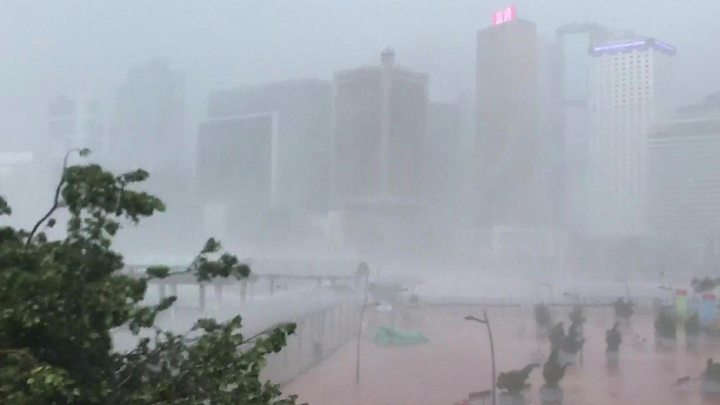 Rainstorms are expected for large parts of China over the weekend, the state weather bureau said on Friday, forecasting of even more extreme weather a day after some regions suffered more than 200 mm of rainfall. China’s emergency ministry warned that water levels in the middle reaches of the Yangtze river were expected to exceed warning levels, raising risks of geological disasters and urban waterlogging in central and southwest regions.
Following the forecasts by the China Meteorological Administration, regions as far apart as Yunnan in the southwest to Liaoning in the northeast were bracing for violent storms.
Water levels in some sections of the Yangtze were already more than 2 metres higher than normal on Thursday, the Ministry of Water Resources said.
The ministry said it will regulate water levels at the Three Gorges and other reservoirs further upstream in order to ease flood pressures on the lower reaches of the Yangtze, which flows all the way to Shanghai on the eastern coast.
China regularly faces a summer flood season, but environmental groups say climate change is causing heavier and more frequent rainfall.
«The devastating floods that we have seen are consistent with an increase in extreme weather events due to climate change,» said Liu Junyan, a campaigner with Greenpeace East Asia.
«There is an urgent need to strengthen early warning systems for extreme weather events, to assess future climate risks in cities, and to improve flood management systems,» she said.

TANEA Team 3 Ιουλίου 2020 | 10:19
Share
Περισσότερα άρθρα για Αγγλική έκδοση
Unhindered and without external influence, the judiciary must do its duty Editorial: The vindication of #MeToo
AHEPA honors Greek PM Mitsotakis, Cyprus President Anastasiades and shipowner Marinakis during awards ceremony
SΕΤΚΕ: 50% discount for accommodation of members of the Hellenic Nurses Association
Greek society does not want any more division Editorial: The bane of toxic politics
Olympic Games: Lefteris Petrounias is pursuing the first Olympic “repeat” in the still rings after 1972
Fire in Stamata, Rodopoli, and Dionysos: “We heard four gas canisters explode”
Educators will be hired to serve in permanent positions in order 'to establish new, upgraded schools' Editorial: Upgrading
Editorial: Feat
For long overdue town planning reform to succeed, we must all actively cooperate Editorial: We must not forget the Mati disaster
Editorial: The 'most complex' Games
Editorial: Proud
The first Mercure in Greece, opens its doors in Rhodes
Greek-Italian “tourism conflict”
In Turkish-occupied Cyprus, Erdogan unleashed an attack against Prime Minister Kyriakos Mitsotakis Editorial: Erdogan's provocations
'Kosova wants to build on the historic ties between our peoples ' Kosovo PM Albin Kurti: 'We would welcome a decision by Greece to recognise Kosovo’s independence'