Editorial: A victory for democracy

President-elect Ekaterini Sakellaropoulou symbolises the restoration of normalcy in the country as well as Greece’s passage to a new era with greater consensus and less toxicity. 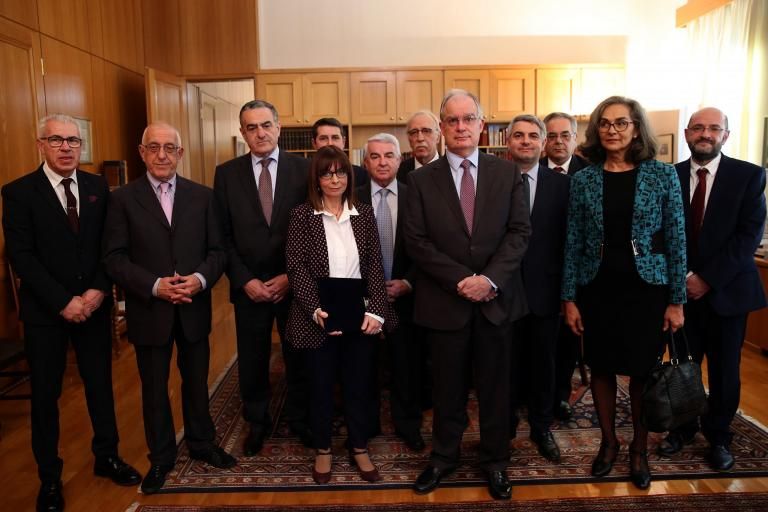 It may sound like a cliché but in this case it is absolutely accurate.

This day is historic as Parliament is electing the first woman President of the Hellenic Republic in the first round of voting with a large majority.

This victory for democracy is a result of the nomination of the prime minister who made good on his pledge, ignored the pressures of the old system, transcended divisions, and tabled a progressive and bold proposal that could forge a broad parliamentary consensus.

It is also the result of the stance of the main opposition SYRIZA party and the centre-left Movement for Change. The two parties set aside partisan considerations and signed on to this institutional choice.

The greatest portion of the credit, however, belongs to the new president, Ekaterini Sakellaropoulou, herself.

She was the first woman president of the Council of State, the country’s highest administrative court, and she meets all the qualifications for the nation’s highest office.

She is independent, ecologically sensitive, dedicated, and has demonstrated her respect for the rule of law.

In difficult circumstances she did not hesitate to defend reason even if she disagreed with the court’s majority opinion or clashed with the powers that be.

A prime example is her opposition to registering citizens’ religion on state-issued IDs.

Another is her reaction to the former government’s machinations in issuing new, nation-wide television broadcast licenses.

At the same time the new President of the Republic is an “everyday” person who enjoys traveling, loves animals, and enjoys the theatre and cinema.

In brief, she symbolises the restoration of normalcy in the country as well as Greece’s passage to a new era with greater consensus and less toxicity.

TANEA Team 23 Ιανουαρίου 2020 | 02:39
Share
Δείτε επίσης
Περισσότερα άρθρα για Αγγλική έκδοση
Magiorkinis is hardly new to the task of making complex scientific concepts understandable for the public Magiorkinis: The COVID-19 Committee, society, the economy and the magic ‘political filter’
COVID-19 has taught us how dangerous the anti-vaccines movement can be Editorial: Vaccines
The crisis presents an opportunity but time is of the essence Editorial: Everyday life
Malicious Manzano: A «massacre» for Olympiacos in Velodrome
Editorial: Merkel's disappointment
There is, a pressing need for the state to meet the disaster relief standards that the PM has set Editorial: Accountability
High anxiety in government over potential COVID-19 super spreader event in Patras
Today Greece has the opportunity to draft its own economic roadmap for the future Editorial: Challenge
Marinakis: «The result was clearly distorted – Dräger was fouled before the goal»
It is behind closed doors that the harshest stories of violence against women are hidden Editorial: Silence means sharing the guilt
Fourteen ICU beds, donated by Evangelos Marinakis, Angeliki Frangou and ION S.A. ready for use
SYRIZA in fact was not so eager to create a common front with the left Editorial: Political flirt
It is not too much to ask our political parties to adapt to the new realities Editorial: Time to build consensus
Any back-pedaling on the public health restrictions that have been imposed would be catastrophic Editorial: No to complacency!
Politicians can visit the historic Athens Polytechnic campus to leave a flower, as the PM suggested, or to lay a wreath as the main opposition leader proposed. Editorial: The cost