Ankara continues to provoke with inconceivable actions such as twelve over-flights over the islands of Panagia, Inouses, all within a half an hour. 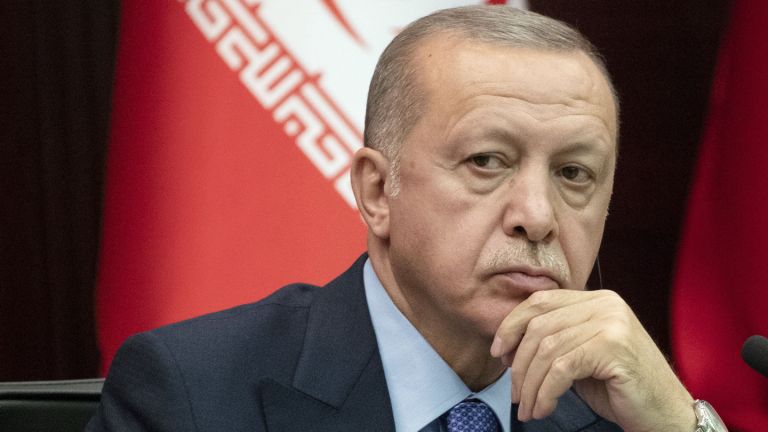 At this particularly sensitive juncture in Greek-Turkish relations, one cannot but expect that at some point escalation will be followed by de-escalation.

That phase, however, will not be any time soon given Turkish actions.

Ankara continues to provoke with inconceivable actions such as twelve over-flights over the islands of Panagia, Inouses, all within a half an hour.

This incident shows that the government in Ankara is continuing with sabre-rattling and pointless displays of power in part in order to push under the rug the major domestic problems, with the economy first of all.

President Erdogan’s status is being challenged, as is demonstrated by the decision of Ahmet Davutoglu – his ex-foreign minister and close ally – to establish his own party.

At the same time, Erdogan is attempting to make Turkey a regional superpower.

Confronted with the problematic situation created by Turkish provocations, Greece must exhibit strong determination and the necessary composure.

Nothing and no one should drag the country down pathways that diverge from post-war European mores such as the avoidance of armed conflict.

That of course is grounded on the principle that the country’s sovereign rights are non-negotiable.

TANEA Team 19 Δεκεμβρίου 2019 | 17:53
Share
Δείτε επίσης
Περισσότερα άρθρα για Αγγλική έκδοση
Today Greece has the opportunity to draft its own economic roadmap for the future Editorial: Challenge
Marinakis: «The result was clearly distorted – Dräger was fouled before the goal»
It is behind closed doors that the harshest stories of violence against women are hidden Editorial: Silence means sharing the guilt
Fourteen ICU beds, donated by Evangelos Marinakis, Angeliki Frangou and ION S.A. ready for use
SYRIZA in fact was not so eager to create a common front with the left Editorial: Political flirt
It is not too much to ask our political parties to adapt to the new realities Editorial: Time to build consensus
Any back-pedaling on the public health restrictions that have been imposed would be catastrophic Editorial: No to complacency!
Politicians can visit the historic Athens Polytechnic campus to leave a flower, as the PM suggested, or to lay a wreath as the main opposition leader proposed. Editorial: The cost
Perhaps the government could have handled the matter earlier and differently Editorial: Lives must be saved
We must deprive Turkey of its strongest weapon – the element of surprise Editorial: Equation
It is by now clear that Tsipras and Polakis are one and the same politically Editorial: Political cover
The only way to deter a disaster from the second wave of the virus is to get a vaccine and religiously comply with restrictive measures Editorial: Deterrence
There is an urgent need to strictly enforce the lockdown Editorial: Behaviours
As COVID-19 cases soar Greece announces three weeks nationwide lockdown
The freedom to disseminate applies to ideas and not the distribution of drugs Editorial: Breaking taboos