In Greece, the PM and his government are opening a budget gap of billions of euros with measures they announced a few weeks before the election. 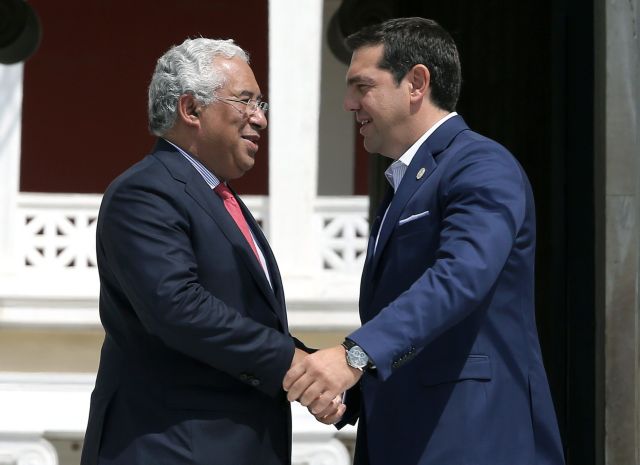 It is a comparison that is as simple as it is sad.

Certain political forces in Portugal’s ruling coalition and all opposition parties supported the demand of educators for a salary hike.

The country’s socialist prime minister refused on the grounds that it would jeopardise fiscal balances and Portugal’s credibility.

He went as far as to threaten to resign even though he plans to run for re-election in October.

In Greece, the PM and his government are opening a budget gap of billions of euros with measures they announced a few weeks before the election.

They are also outbidding the opposition in offers of benefits.

In this manner they are undermining the country’s fiscal balance and credibility in the eyes of partners and are condemning it to disrepute.

The government insists on carrying on with a strategy that proved counter-productive for it in both the European Parliament and local elections.

It is no coincidence that Portugal borrows with much lower interest rates than Greece, as the yield on ten-year bonds demonstrates.

That comparison leads to yet another. Society in one of the two countries is flowering and the other is becoming impoverished with handouts.

It is clear which is which.

«Ξυπνάει» η Ευρώπη για το προσφυγικό – Τι αλλαγές φέρνει η κυβέρνηση με την παροχή ασύλου
TANEA Team 6 Ιουνίου 2019 | 15:43
Δείτε επίσης
Περισσότερα άρθρα για Αγγλική έκδοση
The government cannot address the problem of school violence on its own Editorial: Wave of violence
Job creation is the overarching aim so that society can prosper Editorial: Automatic pilot
Right now there must be delicate diplomatic manoeuvres abroad and a solid front domestically Editorial: Consensus
Editorial: Delusions
Editorial: Readiness
It seems that freedom of speech cannot be taken for granted in our country Editorial: Fascism
At last it seems that reason is prevailing over belief and superstition about vaccines Editorial: Sirens
Dialogue must continue to be a basic pillar of Greek foreign policy Editorial: Dialogue
SYRIZA links Oruc Reis incident to Turkey's disputation of Greek sovereignty over Aegean islets
The state is obliged to determine which groups are serving humanistic ideals and which are simply exploiting human misery Editorial: Investigation
Electronic prescriptions a much-needed push toward digital modernisation
Deterring a military clash cannot be the sole objective of foreign policy Editorial: Limits
Editorial: Transparency
On national issues moves that are motivated by personal bitterness are unacceptable Editorial: Salt
The government ran on a platform of standing up for legality Editorial: Blunder