Polakis latest Facebook post has been roundly criticised by opposition parties for trampling on the separation of powers and for essentially doing the dirty work on behalf of the PM. 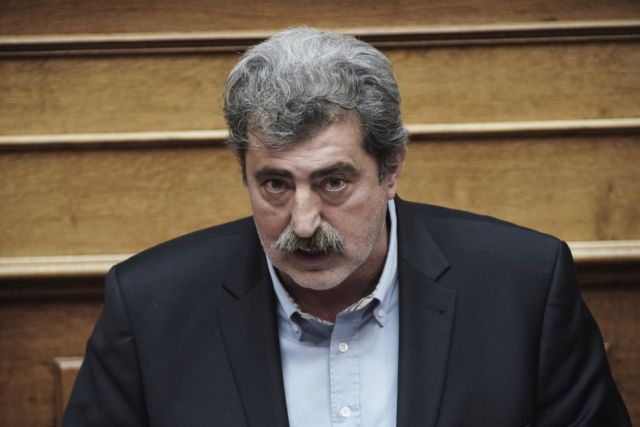 As public opinion is grappling with the trustworthiness of a protected witness in the Novartis investigation – National School of Public Health Professor Nikos Maniadakis, who initially named ministers and a former PM who allegedly broke the law, but then reportedly attempted to flee the country as he faces felony charges – Alternate Health Minister Pavlos Polakis unleashed an unprecedented attack on specific prosecutors regarding the way they have handled high-profile corruption cases relating to the health sector.

Polakis - who in October, 2018, stirred a political maelstrom when he told his party’s Central Committee that  SYRIZA must push for the imprisonment of some people accused of corruption in order to win the next election - posted an extensive commentary on his Facebook wall in which he attacks by name prosecutors and investigating magistrates handling the Novartis affair.

Firstly, Polakis targeted the Corruption Investigating Magistrate, Matina Bozinou, whom he lambasted for not summoning as a witness and possibly remanding in custody the former VP of Novartis Hellas, Konstantinos Frouzis.

Secondly, he blasts Corruption Prosecutor Maria Louisa Ioannidou for not summoning former employees of KEEELPNO (the Hellenic Centre for Disease Control and Prevention) for interrogation and “possible remanding in custody”. Polakis refers to these employees as a criminal “gang”.

Thirdly, Polakis attacks Supreme Court Deputy Prosecutor and Head of the Anti-Money Laundering Authority Anna Zairi for not having completed the review of the declared assets (pothen eshes) of members of the “KEELPNO Gang”.

Fourthly, the minister attacks Anti-Corruption Prosecutors Nikos Polykretis and Konstantinos Kountrias, whom he denounces for not having completed the preliminary investigation in a case involving Bank of Greece Governor Yannis Stournaras.

Polakis latest Facebook post has been roundly criticised by opposition parties for trampling on the separation of powers and for essentially doing the dirty work on behalf of the PM in smear campaigns against SYRIZA’s political enemies and unfriendly judicial functionaries.

TANEA Team 2 Ιανουαρίου 2019 | 19:51
Share
Δείτε επίσης
Περισσότερα άρθρα για Αγγλική έκδοση
Pappas' case concerns how institutions were exploited during Syriza’s rule, between 2015 and 2019 Editorial: Duty
Editorial: Barbarity
In times of tensions military service is viewed as a national duty Editorial: Incentives for early military service
An emotional start in taking a position on developments in the region would be catastrophic Editorial: A measured response to Israeli-Palestinian conflict
The alternate interior minister said problems with COVID-19 self-tests will be resolved by the end of May Government poised to abolish mandatory SMD to leave home, working to solve self-test problems
If Syriza believes it can garner political gains with daily political transformations it is sorely mistaken Editorial: Political vertigo
Santander Consumer Finance begins activities in Greece
Evangelos Marinakis: Post-Covid Shipping and the Environment – Green Energy Investments
The US ambassador says Biden has “opened up a new vocabulary of cooperation” with Greece Pyatt see deeper US-Greece strategic ties under Biden administration
The case will be re-tried in the framework now set by the Council of State Bombshell Council of State ruling accepts state’s vaccine side-effect liability
May Day should be honoured with a single march each year Editorial: Unity
Transcending the collective crisis will require leadership and not troublemakers Editorial: Messages
After a six-month shutdown, workers in the restaurant business laid the tables Editorial: The first step
The government has repeatedly said that the existing framework is outdated Battle royal looms over government bill overhauling labour relations, limiting strike action
The labour trade union movement is an invaluable and irreplaceable weapon of workers An urgent need for the rebirth of the trade union movement