Meetings have been arranged with executives of the Bank of America, Merrill Lynch, and Morgan Stanley, as well as with representatives of large investment groups and capital management funds. 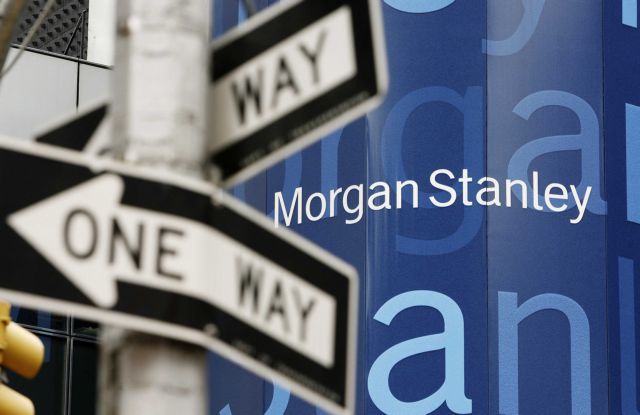 Prime Minister Alexis Tsipras will travel to New York on 23 September, where he will hold a series of high-level bilateral and multilateral talks on the sidelines of the UN General Assembly.

A key focus of the trip will be to lure prospective investment in talks with major institutional investors. In that context, working breakfasts have been arranged with executives of the Bank of America, Merrill Lynch, and Morgan Stanley, as well as meetings with representatives of large investment groups and capital management funds.
There will also be talks with prospective Greek-American investors.

“The prime minister’s presence in New York and his contacts will be a continuation of the impetus offered by the fact that the US was the honoured country at this year’s Thessaloniki International Fair. The participation of large, well-known companies and US support sent a positive message about Greece to the markets, regarding both reforms and the prospects of the Greek economy,” a diplomatic source said on background.

The PM will also participate in the Concordia Annual Summit, which aims to build successful public-private partnerships.

Foreign ministry sources say that the exit from the bailout memorandums creates an enhanced dynamic and interest in the prospects of the Greek economy, and that the Greece-FYROM naming agreement bolsters recognition of Greece’s role as an agent of regional stability and growth.

Tsipras will address the 73rd UN General Assembly’s (UNSG) Nelson Mandela Peace Summit on 24 September. On that evening, he will attend a reception hosted by US President Donald Trump in honour of the heads of delegations to the UNSG.

Tsipras will meet with UN Secretary General Antonio Guterres, and efforts to jumpstart Cyprus settlement talks and regional geopolitical developments are expected to be high on the agenda.

A possible bilateral meeting with Turkish President Recep Tayyip Erdogan has yet to be confirmed.

TANEA Team 21 Σεπτεμβρίου 2018 | 16:40
Share
Δείτε επίσης
Περισσότερα άρθρα για Αγγλική έκδοση
In times of tensions military service is viewed as a national duty Editorial: Incentives for early military service
An emotional start in taking a position on developments in the region would be catastrophic Editorial: A measured response to Israeli-Palestinian conflict
The alternate interior minister said problems with COVID-19 self-tests will be resolved by the end of May Government poised to abolish mandatory SMD to leave home, working to solve self-test problems
If Syriza believes it can garner political gains with daily political transformations it is sorely mistaken Editorial: Political vertigo
Santander Consumer Finance begins activities in Greece
Evangelos Marinakis: Post-Covid Shipping and the Environment – Green Energy Investments
The US ambassador says Biden has “opened up a new vocabulary of cooperation” with Greece Pyatt see deeper US-Greece strategic ties under Biden administration
The case will be re-tried in the framework now set by the Council of State Bombshell Council of State ruling accepts state’s vaccine side-effect liability
May Day should be honoured with a single march each year Editorial: Unity
Transcending the collective crisis will require leadership and not troublemakers Editorial: Messages
After a six-month shutdown, workers in the restaurant business laid the tables Editorial: The first step
The government has repeatedly said that the existing framework is outdated Battle royal looms over government bill overhauling labour relations, limiting strike action
The labour trade union movement is an invaluable and irreplaceable weapon of workers An urgent need for the rebirth of the trade union movement
Editorial: The pendulum of American politics
The thirty-somethings rushed to be vaccinated for the sake of their families and their friends Editorial: Front-and-centre